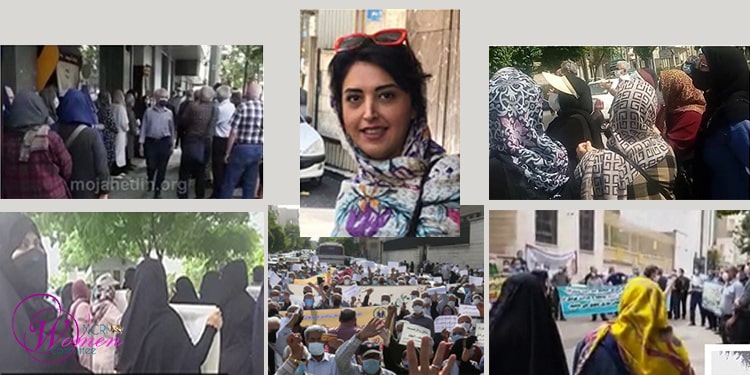 Iranian workers marched in 20 cities to protest “government of plunderers”

Asal Mohammadi among some 30 protesters arrested in Tehran

Iranian workers marked the International Workers’ Day by marches and protest gatherings in Tehran and 19 other cities. Some 30 participants, including women, were arrested in the protest outside the Labor Ministry in Tehran.

Down with oppressors, hail to workers

Our government is a disgrace

We will not vote since we have heard so many lies!

Worker dies but does not succumb

Workers, farmers, cry out and demand your right

Workers are oppressed and deprived of their rights

Workers are conscious and hate dictators

Imprisoned workers must be released

Enemy of workers is the government of plunderers

We have heard so many lies, we won’t vote

Our pain is your pain, people join us

Our enemy is right here, they lie when they say it is the U.S.

We will not relent until we gain our rights

Retirees, teachers and students accompanied Iranian workers in these protests.

The protest and march in Tehran was held across from the Labor Ministry. Advocate of workers’ rights, Asal Mohammadi, was among those arrested.

The clerical regime dispatched its repressive forces of the State Security Force, Intelligence Ministry and plainclothes agents to the protest venues to prevent their formation or continuation.

Workers clashed with security forces in some places. Dozens of workers were arrested in Tehran and Karaj.