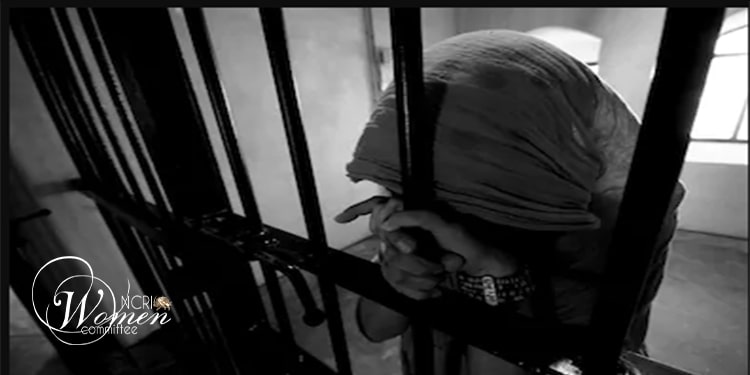 Recent reports from various Iranian prisons reveal the inhuman treatment of prisoners in the women’s wards.

The Central Prison of Tabriz

The authorities of the Central Prison of Tabriz called back 32-year-old Ameneh Rahimi to prison after the expiration of her leave despite her becoming paralyzed due to a stroke during her prison leave. She is very ill, not able to speak or eat.

In 2017, Ameneh Rahimi was sentenced to 4 years in prison on the charge of collaboration in murder while no one filed any complaints against her.

Last month, prison authorities sent her on leave, but she suffered a stroke for unknown reasons and became paralyzed. Nevertheless, she was returned to prison despite her disability to eat, walk or talk. She needs the help of other inmates for doing her very basic things.

The horrible conditions in the women’s ward of the Central Prison of Tabriz are tough to endure for all inmates, let alone the sick prisoners.

Female prisoners detained in Qarchak Prison are being starved in this prison. Starving prisoners is tantamount to torture.

The meals are small, and the quality is terrible, so much that the food is inedible.

Some 2,000 women are detained in Qarchak Prison.

The political prisoners in Qarchak are not allowed to talk to other prisoners and are accompanied by a guard in every movement to other wards, the library, or when they go for fresh air. The new warden or Qarchak, Soghra Khodadadi, has instructed her agents to “make conditions difficult for political prisoners so that they would feel that they are in solitary confinement.”

Flogging of a woman in Lakan Prison of Rasht

A woman received 100 lashes before being released after serving 15 years in prison.

The flogging was reported on April 29, 2021, by Ensiyeh Daemi, sister of Atena Daemi, who was sent to exile to Lakan Prison on March 16.