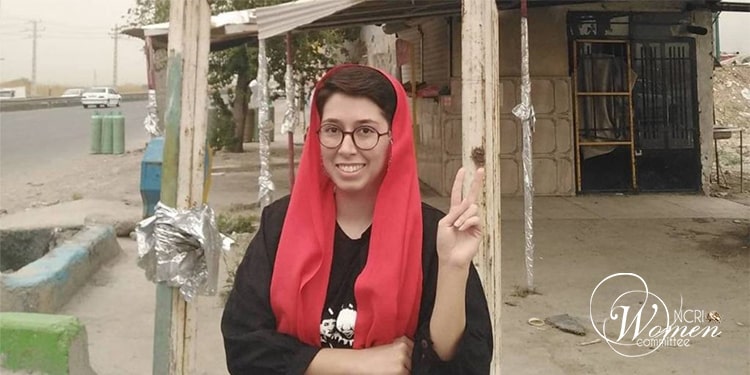 Saba Kord Afshari has started a hunger strike since Saturday, May 8, 2021, to protest increasing pressure on her family and the families of other political prisoners. She demands that her mother, Raheleh Ahmadi, be released from Evin Prison.

Saba Kord Afsahri was transferred out of the women’s ward of Evin Prison and banished to Qarchak Prison on December 9, 2020. Ms. Kord Afshari is sentenced to 24 years imprisonment for protesting the mandatory veil.

Saba Kord Afshari suffers from a stomach ulcer and other GI problems. She was taken to hospital in July and August 2020 but returned to prison before doing her tests. It was reported that she had contracted the Covid-19 while imprisoned in Ward 6 of Qarchak.

She was granted a week-long furlough on bail from April 3-10.

Raheleh Ahmadi has been imprisoned since February 15, 2020. She was arrested to put pressure on her daughter and is sentenced to 31 months in prison.

A December 13, 2020 report from Evin said that she needs a walker to walk as she has suffered a rupture in her discus. The prison clinic’s doctor says her immobility is due to nervous pressure and she must be examined by a specialist neural doctor.

On March 14, 2021, she was granted a leave which terminated on April 10. Her request for extension of leave was rejected. Due to rupture of her discus, she needs to have a surgery and rest for two months.