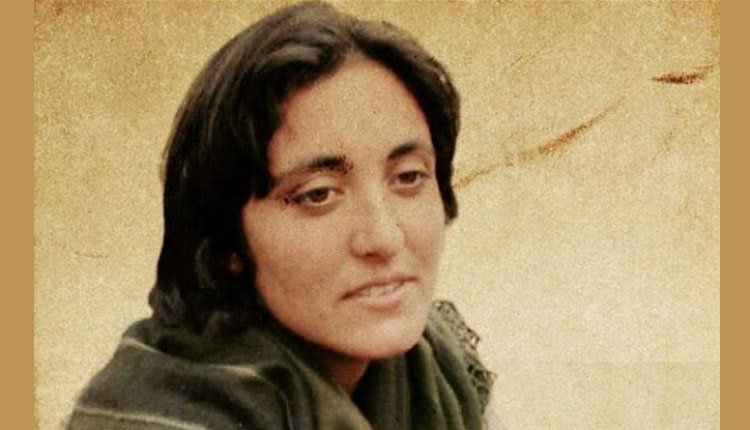 Iran’s history will never forget courageous women such as Shirin Alam Hooli, a Kurdish woman who with her staunch resistance against the mullahs’ misogynist regime showed that Iranian women will never budge on their rights.

May 9 marks the anniversary of the execution of Shirin Alam Hooli who has been rightly described as the blossom of the resistance of the people of Iranian Kurdistan.

Security forces and plainclothes agents arrested Shirin in spring 2008 in Tehran and took her to the headquarters of the Revolutionary Guard Corps (IRGC). Immediately upon arrival at the IRGC HQ, and before asking any questions, they started beating Shirin. She was held in IRGC custody for 25 days, during 22 days of which she was on hunger strike. During this period, she was subjected to various physical and psychological tortures. Her interrogators were men. They handcuffed her to the bench and beat her in the head, face and soles of the feet, by batons, cables, kicks and punches. At that time, Shirin Alam Hooli even could not speak Farsi or understand what the guards were asking her. She spent 21 months in Evin Prison. She was tried on November 29, 2009, and sentenced to death for collaborating with PEJAK, a Kurdish group opposed to the Iranian regime. A former political prisoner who had spent some time with Shirin Alam Hooli in the same prison ward, recounts the days she spent with her.

“We spend 40 days together at Ward 209 of Evin Prison and were later separated. Shirin was the closest friend to me in prison. She was like a sister to me. She was my guardian angel during the period I was in jail.

“Everyone in Evin respected her, both political prisoners and ordinary prisoners… She was very generous and always had a smile on her face. In the worst circumstances, she smiled and said, ‘these days will pass.’

“Shirin was truly a free woman. She helped ordinary prisoners. According to the law, Shirin should have served two years in prison, but she was executed before the two-year term was finished.”

Outraged over Shirin’s execution, her inmate reiterated, “Shirin’s death will continue to haunt human conscience for years to come. Her execution was a sheer injustice.”

Shirin Alam Hooli was viciously tortured in Evin Prison. In a letter she wrote on the pressures and tortures she experienced in prison, “Why should I be imprisoned or executed? Is it because I am a Kurd? So, I’d say, ‘I was born a Kurd and I have experienced much deprivation for being a Kurd. My language is Kurdish, but I am not allowed to speak, read and study in my mother tongue. And they do not let me write in my own language…

“They tell me to deny my being a Kurd. I’d say if I do so, I will deny myself.

“The honorable judge, Mr. interrogator, when you were interrogating me, I couldn’t even speak your language. I have learned Farsi from my friends over the past two years in the women’s prison. But you asked questions in your own language and you put me on trial and issued my sentence. This is while I did not understand what was going on around me, and I could not defend myself.

“The tortures you used against me, has become my nightmare. I am suffering day and night because of the tortures I underwent. I was hit on the head and got injured in the head. Some days, I experience bad headaches. My headaches are so severe that I don’t understand what is going on. I suffer for hours and finally, my nose bleeds due to severe pain. Then I come to and return to normal conditions. When I arrived in prison, my hair was black. Now in my third year, I see that everyday a new lock of my hair turns white.” In another letter, Shirin Alam Hooli wrote about one of her interrogators, “One day, during the interrogation, he kicked me so hard in the stomach that I instantly threw up blood. Another day, one of the interrogators came to me. He was the only interrogator I could see because in other times, I was blindfolded. He asked me irrelevant questions. When he did not get any answers from me, he pulled out and pointed his gun at my head, and said, ‘You must answer the questions I ask you. I know you are a member of the PEJAK; you are a terrorist. It doesn’t matter whether you speak or not. We are happy to have captured a member of the PEJAK.’”

After having endured a horrendous time in Evin Prison on the charge of collaborating with PEJAK, Shirin Alam Hooli was executed on May 9, 2010, without her family or lawyers being informed.