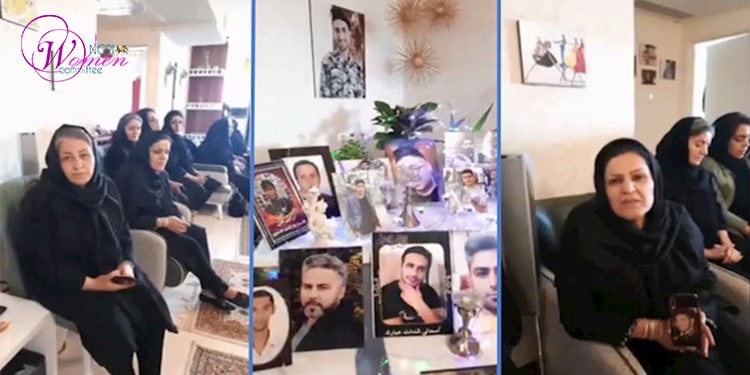 Mothers, retirees call for the boycott of the clerical regime’s sham elections

Tehran and more than a dozen other cities across Iran saw protests by various social sectors, including by the mothers of the martyrs of the November 2019 uprising on Sunday, May 16, 2021. Protesters demanded their salaries, employment, and improvement in their living conditions. They also called for the boycott of the regime’s sham presidential elections. Many women participated in all these protests.

For good measure, the families of the victims of the IRGC downing of the Ukrainian aircraft in January 2020 also held an anti-regime protest gathering.

The continuous protests and uprisings of the various social sectors in Iran bespeak the unflinching resolve of the Iranian people to confront an illegitimate and criminal regime.

Mothers of the martyrs of the November 2019 uprising

The mothers of young men killed by security forces during the November 2019 nationwide uprising gathered together and called for the boycott of the regime’s upcoming presidential election charade.

They declared together: “We want the overthrow of this regime. We vote for the regime’s overthrow.”

A mother said: Those who vote in this election are just as guilty as the regime officials who ordered the killing of our children. We will never forgive. Anyone who casts a ballot and participates in this election commits a crime and treason.

Another mother said: Voting (in this election) betrays future generations and could never be compensated.

One of the other mothers said: Don’t vote for this regime. Voting for this regime is voting against the future of your children. I wish no more parents would experience the loss of their children.

Families of the victims of the downing of the Ukrainian jetliner

Some of the families of the victims of the downing of the Ukrainian jetliner in January 2020 gathered outside the Judicial Organization of the Armed Forces on Sunday, May 16, 2021. They had signed a complaint against Hossein Salami, General Commander of the Revolutionary Guard Corps (IRGC); Ali Shamkhani, secretary of the Supreme National Security Council; and Mohammad Hossein Bagheri, Chief of Staff of the regime’s Armed Forces.

One of the bereaved mothers demanded to have her children back. “The only thing that would soothe our souls is to embrace our children, again.”

Another mother said: Damn with those who ordered the shooting of our loved ones.

Nationwide protests by pensioners and retirees

The retirees and pensioners protested the dire economic situation, their below-poverty-line salaries, and the regime’s failure to meet their minimum demands.

On Tuesday, May 11, health care retirees held protests in Tehran, Isfahan, Kermanshah, Rasht, and Mashhad outside the Budget and Planning Organization buildings, demanding that their salaries be balanced to suit the present circumstances.

On Tuesday, May 11, teachers held protests in two major capitals, Shiraz and Isfahan.

Also, young teachers who passed their employment exam but have not been employed by the Education Ministry gathered in Tehran from all across the country and held protests outside the mullahs’ parliament for four consecutive days from May 9 to 12.

Iranian students also continued their protests on May 10, 11, and 12 in Shiraz, Izeh, Ahvaz, Masjed Soleiman, Khorramshahr, Boroujerd, Babol, and Tabriz. The 9th and 12th-grade students do not want to take their exams in person.