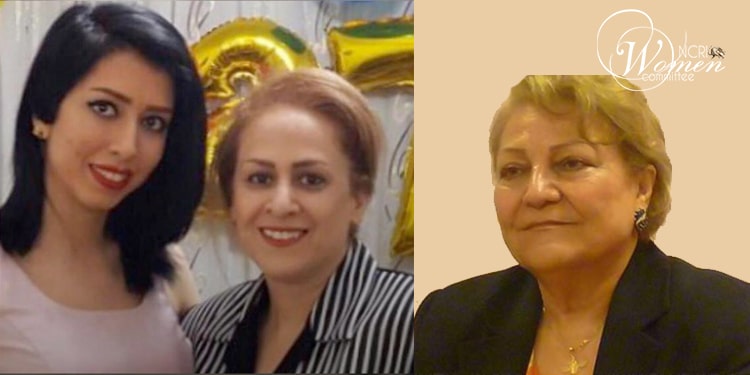 Political prisoners Giti Pour-Fazel and Raheleh Ahmadi have been on hunger strike in Evin Prison since Monday, May 17, 2021, reports from Iran say.

They are refusing food in solidarity with Mrs. Ahmadi’s daughter, Saba Kord Afshari, who was on hunger strike in Qarchak Prison from May 8 to 17.

In a brief phone call to her granddaughter, Mrs. Pour-Fazel said she had started a hunger strike in Evin Prison. She explained: “I am like Saba’s grandmother. I have lived my life and I can’t see the life of a young woman get perished. Her mother is not feeling well, at all. There is a lot of discrimination among prisoners. I cannot sit silent. I have to do something.”

Raheleh Ahmadi, Saba’s mother, had earlier written an open letter to Saba, expressing regrets that she could not join her in hunger strike because of her health dire conditions.

Mrs. Ahmadi has to consume medications because of her lumbar disc condition. Nonetheless, she has started a hunger strike in solidarity with her 22-year-old daughter.

Raheleh Ahmadi is sentenced to 31 months in prison and has been incarcerated since February 15, 2020. She was arrested to put pressure on her daughter to make forced confessions.

Giti Pour Fazel, 79, a lawyer, researcher, and writer, has been imprisoned for signing a letter in summer 2019 to the mullahs’ Supreme Leader Ali Khamenei, demanding his resignation.

She was sentenced to 3.5 years in prison on the charge of “assembly and collusion with the intention of acting against national security” by signing the letter, and to 8 months of imprisonment for “propaganda against the state.”

Since she did not appeal, her sentence was commuted to 2 years and three months. Mrs. Pour-Fazel was taken to Evin Prison on September 6, 2020, after being summoned to the Evin Courthouse.