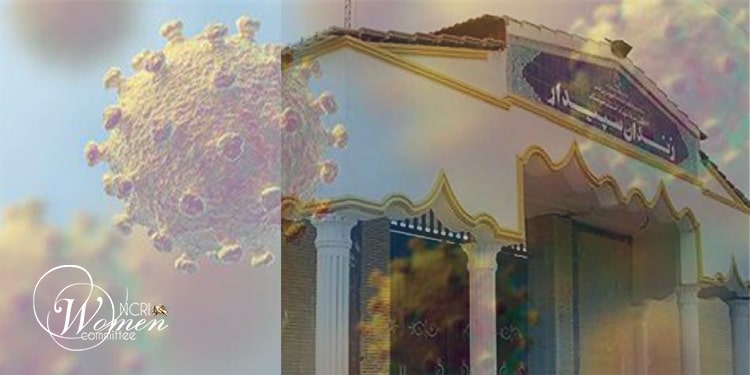 Reliable reports from Iran say the women’s ward of Sepidar Prison in Ahvaz is experiencing a new wave of Coronavirus outbreaks. Ahvaz is the capital of the southwestern oil-rich province of Khuzestan.

Instead of attending to the sick and transferring them to civic hospitals, Sepidar Prison authorities have banned inmates from making telephone calls to their families.

Despite the new wave of outbreaks, prisoners are not tested. They are detained in a limited space without sufficient hygienic products. The place used for the quarantine of infected prisoners is separated by bars from the main ward, and they go to the same place for fresh air.

In these circumstances, prison authorities are still refraining from granting leave to prisoners.

Last year, this time, some 50 female inmates contracted the virus.

They included political prisoner Nejat Anvar Hamidi, 62, who has been incarcerated in the Sepidar Prison of Ahvaz since March 2019 to serve her 15-year sentence. She suffers from Thyroid malfunction, high blood pressure, and blood lipid. Ms. Anvar Hamidi’s vision is also at risk. She is being detained among ordinary prisoners in violation of the principle of separation of crimes.

For the third time this year, the Ministry of Intelligence refrains from granting leave to this political prisoner.

Political prisoner Nejat Anvar Hamidi Karoun had been previously arrested and detained for two years and four months in the 1980s for supporting the People’s Mojahedin Organization of Iran (PMOI/MEK).

She was arrested along with her husband and daughter, for the second time in 2017, for supporting the PMOI/MEK.

The prisoners in the women’s ward of Sepidar Prison of Ahvaz are not separated according to the category of crimes, making the conditions even more complex and intolerable for the female political prisoners.

Virtually all female political prisoners in Sepidar Prison have been tortured under interrogation. Some of them were pregnant while being interrogated.