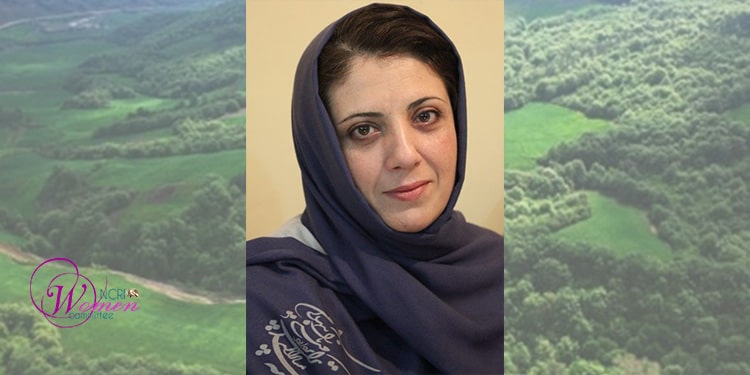 Environmental journalist Elaheh Mousavi has been once again summoned for exposing a case of overexploitation of jungles and deforestation in Mazandaran. The 13th Interrogations Branch of the Public and Revolutionary Prosecutor of Sari, capital of Mazandaran Province in northern Iran, has summoned her.

Ms. Mousavi has been sued by a family who were supposed to receive parts of a region in Noor county in Mazandaran for a so-called “Livestock exit plan from the forest.”

Environmental journalist Elaheh Mousavi has been summoned to court several times for exposing cases of overexploitation of forests and environmental pollution.

In a tweet addressed to the mullahs’ Judiciary Chief Ebrahim Rai’si, who is also Khamenei’s nominee for the upcoming sham presidential election in Iran, Elaheh Mousavi wrote: “Mr. Rai’si! Those who expose and struggle against corruption were supposed to be honored, not prosecuted!”

In June 2019, in a memo in entitled “Cost of revelation,” she wrote:  “A gentleman who was acquainted with one of our distant relatives sent a message that he carries a message from a former official in the Gorgan Prosecutor’s Office for me… When he said the message shamelessly and without the slightest embarrassment, I was embarrassed in front of the children and my mother and husband. My heart sank and I felt how much revelation costs in this country. I’ve heard of many ethical filing projects for many people before, but I couldn’t believe that one day it would strike me. He said Haj Agha so-and-so said:  “If you do not stop writing about the Museum of Sacred Defense, we will create a moral case for you! It’s like a piece of cake for us…” He said the last sentence emphatically.