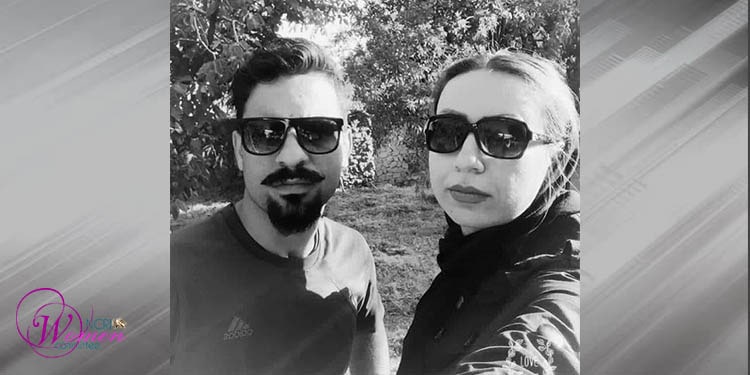 The sister of Navid Afkari vows not to vote, not to betray her slain brother

The sister of Navid Afkari vows not to vote, not to betray her slain brother

The sister of Navid Afkari, the executed wrestling champion, announced that she would not vote in the clerical regime’s sham presidential election. Elham Afkari vowed that she would never betray the pure blood of her innocent brother, Navid.

Elham Afkari posted a photograph of her brother Navid Afkari in her Instagram account and wrote: “Navid was serving his time as a conscript soldier when the time came for the 2013 presidential election. I remember he said: ‘No matter what they did, I did not vote.’ They had even told him that they would extend his service in the army if he did not vote, but Navid said: ‘I will not vote. Even if I have to tear up my birth certificate, I will not betray my people.’”

Another sister, Farzaneh Ansarifard, also declared that she will not participate and vote in the regime’s “selection.” Her brother, Farzad Ansarifard, was killed by security forces during the November 2019 uprising. She said: “In honor to the broken and mournful heart of my homeland, Iran, I will not vote.”

Vowing to be the voice of their children

The mothers of the victims of the November 2019 uprising and other victims of the regime also recorded and posted more video messages, boycotting the regime’s sham elections. They said they had vowed to be the voice of their heroic children.

The mother of Mehrzad Rezaii said: “My vote is for the overthrow of a regime which killed my 25-year-old loved one and drenched him in blood.”

The mother of the slain November 2019 protester, Mohsen Jafarpanah, also said in a message: “For the sake of my son whose blood was unjustly spilt, I will not forgive. I will not forget. I seek justice for all the young people slain in November 2019. My vote is for the overthrow and annihilation of the regime.”

The mother of Mohammad Taheri, a young man slain in November 2019, declared: “I join with all the November 2019mothers, and I cry out loud that “my vote is for the regime’s overthrow.”

Ms. Mahboubeh Ramezani, the mother of November 2019 martyr Pejman Qolipour, said: “For the bullet-riddled heart of my 18-year-old son, for the white hair of the mothers whose children have existed only in a frame for the past 42 year, I vote for the regime’s overthrow.” The mother slain Dervish, Behnam Mahjoubi, also addressed Ebrahim Ra’isi, the executioner of the 1988 massacre and Khamenei’s favorite candidate, and said: “My son was in full health. It is not clear what you did to him in prison. No one is accountable. How are you going to account for the safety of 80 million Iranians?”