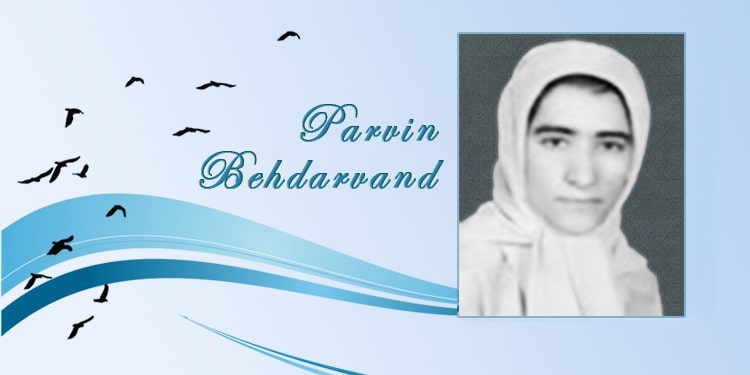 Parvin Behdarvand, a nurse from the southern city of Masjed Soleiman, is among the thousands of Iranian women who sacrificed their lives for freedom in the 1980s. Parvin was born in 1957 to a poor family. Witnessing poverty across society firsthand made her particularly familiar with the deprivation and the reality of the Iranian people’s problems.

Parvin helped her family earn a living by teaching neighborhood children in the summer. She was eager to study medicine, but her family’s dire financial situation did not permit her to pursue her dreams. As a result, she studied nursing. Parvin completed her education at the Oil Company Nursing School and started working at the hospital.

Meanwhile, she became politically active, participating in the anti-Shah demonstrations and becoming familiar with the MEK. Parvin continued her activism after the 1979 anti-monarchic revolution in Iran.

During the first years of Khomeini’s rule, a number of IRGC agents at the hospital targeted Parvin, and she was eventually fired. With the start of the Iran-Iraq war, Parvin was once again allowed to work due to the critical need for medical services. However, she was transferred to Gachsaran because the regime’s repressive forces were wary of her anti-regime activism.

In Gachsaran Hospital, Parvin Behdarvand continued to speak out, an act that led to her arrest and torture in prison.

According to witnesses, Parvin’s courage influenced everyone, even the religious judge (Vaezi) and Khomeini’s representative in the Oil Company.

She was eventually sentenced to death; the verdict was carried out on January 14, 1981, in Gachsaran. Parvin was chanting slogans against the mullahs’ regime until she drew her last breath.

After killing Parvin, state agents patrolled the city, using loudspeakers to announce the news of her execution in Gachsaran. That day, local merchants and vendors expressed their sorrow, closing their shops in protest.