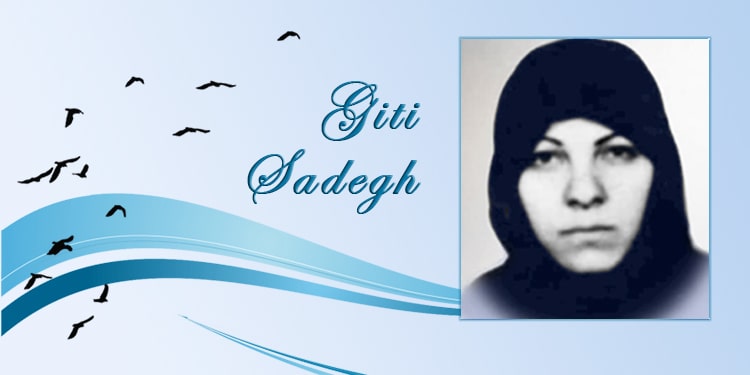 Giti Sadegh was introduced to the MEK when she was very young: she was a relative of one of the organization’s leaders, Naser Sadegh.

Giti started her activism after the 1979 revolution. At that time, organizing and proliferating MEK’s associations was an activity in which MEK members and supporters, including Giti, took part.

Giti began her university education, and in that environment, continued her political activism. At the same time, she worked as a teacher, informing her students about the clerical dictatorship. Her fellow activists described her as hardworking, active, and influential.

She played an important role as a member of the Central Council of the Teachers Training Association.

The regime’s repressive agents arrested Giti Sadegh in the street in 1981 and subsequently tortured her. She died under torture in December 1981, at the age of 28.