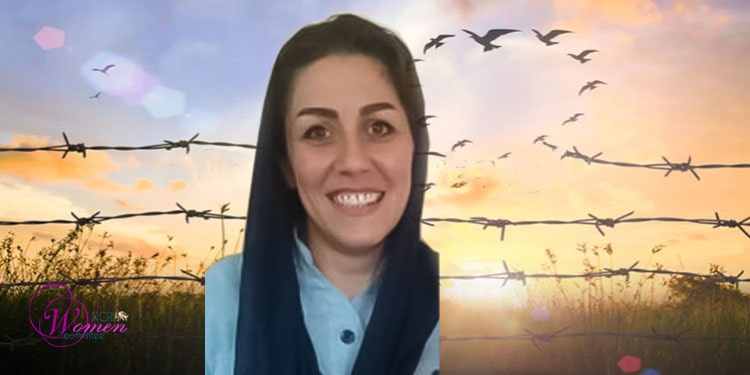 Resistant political prisoner Maryam Akbari Monfared sent a letter from Semnan Prison calling for the boycott of the clerical regime’s sham presidential election. Maryam Akbari Monfared has been in jail for 12 years without a single day so furlough. The resistant political prisoner said that her voice from behind bars echoes Iranian mothers who have been suffering since the 1980s for their loved ones.

Following is the translation of the text of her letter from Semnan Prison:

I boycott the election farce; my vote is regime change! This is my voice from behind bars in the Prison of Semnan under the most horrible conditions. My voice echoes the 33-year voice of mothers seeking justice for victims of the 1988 (massacre) and the November 2019 slaughter.

What happened in the summer of 1988 did not end there. It was the beginning of the slaughter (of our people). Its continuation, coupled with silence and inaction, led to the (slaughter in) November 2019 and spilled more blood.

Today, the roaring of those sacrifices, echoing the cries of the mothers of victims of the 1988 massacre. These mothers wailed in their loneliness. Instead of the graves of their loved ones, they put their children’s photos on a pile of soil and cried. The images have kept their loved ones young and lively forever. Now, the same cries from the mothers of (victims of the slaughters in) 2017 and 2019 are splitting the ears of oppressors.

Yes, we echo the same voice. Every vote is the same as complicity in the murder of this country’s young people. Now, the people’s ranks are separated by the stream of our martyrs’ blood from those against them. The smokescreen created by those who follow their interests has now settled down, and their lies revealed.

Unfortunately, due to this betrayal, it took many lives of this country’s best children to get to this point. This time, our people are more determined than ever, and their voices are louder than every year.

The boycott of the elections is a nationalist and historical duty that will bring closer the day of freedom. Listen: This is the echo of a revolution that will seal the illegitimacy of this regime on Friday. It will fetch liberty through all the tortures, executions, and wounds of our loved ones. The regime’s puppet game is so disgraceful that they cannot do anything by such thrashing efforts.

From behind the prison’s barbed wires and tall walls, I cry out in unison with the people of Iran.

Victory belongs to us

Tomorrow belongs to us

Reports on June 13, 2021, say that prison agents did not allow Maryam Akbari Monfared to have a private visitation with her family despite their protest. Two female agents of the Intelligence Ministry stayed in the visitation room till the end and did not leave.