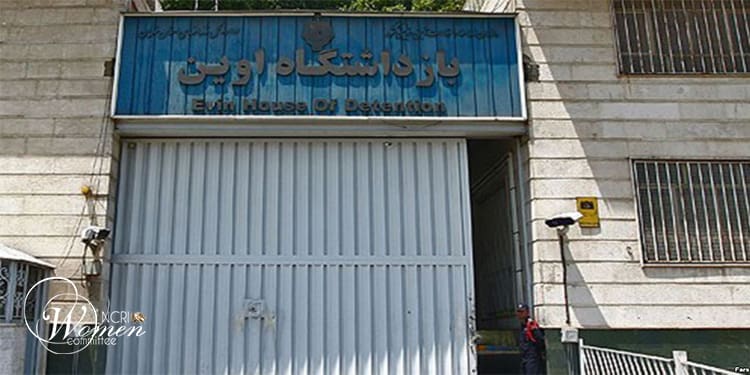 The clerical regime’s Intelligence Ministry arrested Mowlud Safaei and Mohammad Massoud Mo’ini in Tehran on Wednesday, June 16, 2021, and took them to the Evin Prison, in a new wave of arrests of PMOI/MEK supporters in Iran. They are the sister and son of political prisoner Zahra Safaei, presently detained in the notorious Qarchak Prison.

The Ministry of Intelligence (MOIS) ransacked Mrs. Safaei’s residence and confiscated some of the family’s personal belongings including Mrs. Safaei and her son’s mobile phones.

The MOIS agents took Mowlud Safaei, 61, to the Intelligence Ministry Ward 209 in Evin.

Mowlud Safaei has a previous record of imprisonment for her peaceful activities. She spent three months in Ward 209 of Evin in 2011 for participating in the funerals of PMOI political prisoners Ali Saremi, Jafar Kazemi, and Mohsen Dokmechi.

In 2012, Tehran’s Revolutionary Court presided by the notorious judge Abolghassem Salavati sentenced her to 5 years in prison.

Mrs. Safaei’s father was a renowned Bazaar merchant in Tehran who was executed in 1981 for supporting the opposition People’s Mojahedin Organization of Iran.

Her husband, Naghi Saeedi, an employee of the Communications Department, was also executed by the regime in 1984.

They are charged with “assembly and collusion to act against national security through communicating with the PMOI,” “advancing the PMOI objectives,” and “participating in PMOI meetings.” They are also charged with “propaganda activities against the state by writing slogans (on the walls), reading out statements and posting banners in public thoroughfares.”

Political prisoner Parastoo Mo’ini and her brother, Mohammad Massoud, were sentenced to five years in prison for “assembly and collusion” and one year for “propaganda against the state,” adding up to a total of six years imprisonment for each of them.