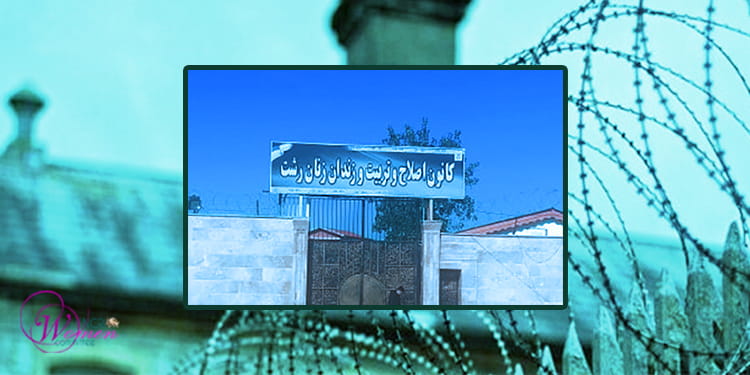 Lakan Prison of Rasht where quarantine protocols are not observed

Reports from Lakan Prison of Rasht say that the quarantine protocols are not observed in this prison. In the wake of the admission of 9 new arrivals in the quarantine of the women’s ward of Lakan Prison, 15 inmates were released and sent to the general ward before finishing their time in the quarantine. This measure endangers the lives of other inmates, particularly at a time when Covid-19 infection is again on the rise in prisons and cities across the country.

Hot and humid weather in Rasht makes mask wearing particularly difficult for prisoners whose ward does not have air conditioning for 8 hours.

In response to the protests of inmates, Lakan Prison authorities told them that additional arrivals would be sent directly to the women’s ward without being quarantined.

The situation of women’s wards in prisons in Iran is particularly dire in the context of the Covid-19 pandemic, in which most provinces are in the red zone. Prison health is reported to be very poor and the virus has spread uncontrollably in most prisons.

The regime also refused to take the slightest step to provide health and care facilities for prisoners and to grant them leave or furlough.

The concentration of prisoners in prisons prevents social distancing and increases the possibility of disease transmission. And in most prisons, there is basically no separation between the infected persons and other prisoners.

A significant number of women political prisoners have been infected with Covid-19, including Zeinab Jalalian, Massoumeh Senobari, Nejat Anvar Hamidi, Forough Taghipour, Parastoo Mo’ini, Yasaman Ariani, and Nahid Fat’halian who have been denied medical treatment throughout their infections.

Amnesty International says it has seen copies of four letters written by officials from the prison officials under the auspices of the Judiciary to the Ministry of Health warning of severe shortages of personal protective equipment and disinfectants. and key medical equipment and supplies. But the Ministry of Health has ignored these requests, and Iran’s prisons are catastrophically lacking the necessary equipment in the face of the spread of infectious diseases.