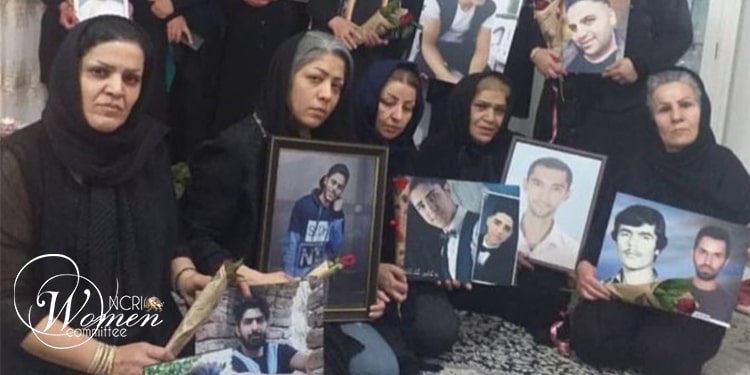 A considerable number of mothers of November 2019 victims have declared support for the nationwide strike of oil workers known as “Campaign 1400.”

The nationwide strike of contract workers of oil and petrochemical industries has continued for ten days in 19 cities. Workers of 61 industrial units have joined the strike, and more are joining. They demand higher salaries and better conditions at work.

The mothers of November 2019 victims have posted stories in their Instagram accounts, declaring their support for the workers of the oil and petrochemical industries. They have urged the Iranian public also to support the workers’ strike.

One of the mothers of the victims of the November 2019 protests who declared her support was the mother of Reza Mo’azzami Goudarzi. She said in her message: “Today, the workers are continuing the voice of November (2019). This is the voice of all of us. The same voice when we cried out together in the streets and demanded our rights in November 2019. Although they responded to our cries with bullets, but our call for justice is never going to be extinguished.”

The bereaved mother of Reza Mo’azzami added: “We, the families of the victims of the November 2019, support these nationwide strikes because of the injustice done to our children and millions of other children of this country. We support the strikes because we are conscious of our joint destiny.”

Another mother of the victims of November 2019 was the mother of Mehrzad Rezaii. She said in her message: “Bravo! I wish you the strength to stay your course firmly… These days, workers appear to be continuing the November 2019 (protests) and echoing the Iranian people’s cries for justice. I join you along with other mothers seeking justice for their children.