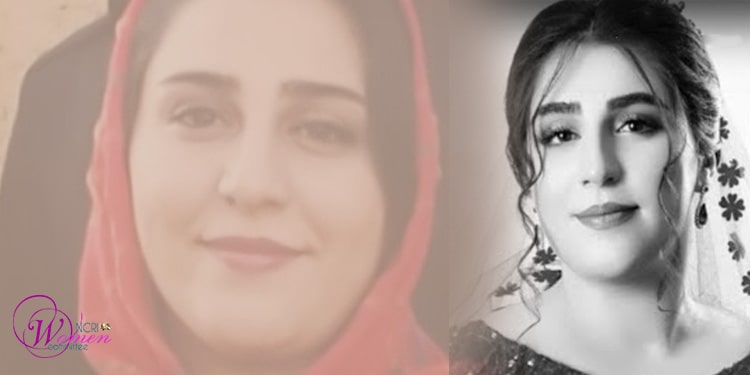 Golaleh Sheikhi, 25, killed by her husband

Amid increasing domestic violence in Iran, horrifying but repeated narratives of murder of women in traditional and social media have sparked public anger.

Domestic violence has increased significantly in Iran, and multiple tales of homicide have led to protests by women activists in some Iranian cities (The state-run Arman-e Melli Newspaper – June 10, 2021).

Iranian women lack safe spaces in which they can take refuge when they are threatened by their husbands. There are no counseling centers in Iranian cities to advise or assist women in this regard (The state-run ILNA News Agency – June 21, 2002).

The news of the murders of five women by their husbands in the cities of Kermanshah, Saqqez, Ilam, and Darrehshahr flooded cyberspace during the first half of June 2021.

Regime officials have failed to take any appropriate steps to address the growing problem of domestic violence in Iran.

Mina Fattahpour, a member of the Sardasht City Council, revealed, “In 2020, a woman’s family killed her with a gun in front of the Sardasht Municipality and quietly buried her body in a village, helping the killer flee. A short time ago, a woman was stabbed to death by her family at home. In some cases, women are hanged by their families, but among residents, [these murders] are reported as suicide” (The state-run ILNA News Agency – June 21, 2021).

Fattahpour admitted that officials only hold meetings that yield no results; they are all talk and no action.

In none of the cities do authorities create a social emergency mechanism to protect women. In very rare cases, a few local charities have taken action. However, these attempts do not begin to respond to the alarming increase in domestic violence in Iran.

Within 7 days, 4 women were killed by their husbands in different cities. “Between 375 and 450 women are killed by family men in Iran every year,” according to a social media post (The state-run Arman-e Melli Newspaper – June 10, 2021).

“A 35-year-old man killed his wife with a cold weapon (stabbing) and fled the scene,” said Jamal Mousavi, the head of SSF (State Security Forces) in Ilam Province, on June 5, 2021, referring to a woman whose husband killed her (The state-run Borna News Agency – June 9, 2021). This man stated that family disputes were the motive for his wife’s murder!

Another tragedy occurred in Ilam province in Darrehshahr city. A 38-year-old man used a firearm to kill his wife during a domestic dispute, then fled (The state-run Khabarban News Agency – June 10, 2021).

On June 6, 2021, the news of the murders of two women in Kermanshah was published. Commenting on this matter, the head of the SSF in Kermanshah stated, “A man shot and killed his wife and sister-in-law when he went to his ex-wife’s house.”

The most painful tragedy was related to 25-year-old Golaleh Sheikhi (Negin), who had a law degree and worked in a law firm. She was well-known in the city of Saqqez for her kindness and warmth. Her husband killed her while they were out for dinner: he punched her in the head during a verbal conflict about her work and her desire to continue her education. She was knocked back, hitting a car before fainting. The husband, assuming Golaleh was dead, took her body to the desert outside the city. He set the body on fire and hid it in a pit. All the residents of Saqqez, along with the Golaleh family, were incensed by this act.

According to Ebad Sheikhi, Golaleh’s uncle, the dispute between Kiomars Zarghami, Golaleh’s husband, was over her employment. However, the man, in the presence of Golaleh’s father, had agreed that his wife would both work and continue her education (The state-run ROKNA News Agency – June 12, 2021).

15-fold increase in domestic violence during the COVID-19 pandemic

Violence against women in Iran is enshrined in law, and law enforcement officers are not allowed to interfere in family disputes, even those that lead to women’s deaths. This situation has intensified in the wake of the Coronavirus outbreak. The number of abused spouses has also increased across the country. Hassan Marvi, head of the Mashhad Welfare Department, announced a 15-fold increase (The state-run ISNA News Agency – July 10, 2021).

Mohammad Reza Mahboubfar, one of the regime’s pathology experts, announced, “Iran ranks first in domestic violence.” He added, “Now the social damage has spread across the country and today, no house in Iran is safe” (The state-run jahanesanat.ir – November 19, 2020).