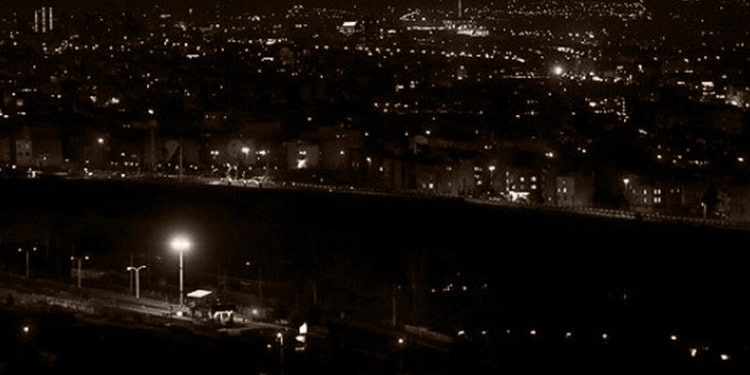 Simultaneous with continuous and widespread power outages in Tehran and other cities and the water shortage crisis in 101 cities across the country, different strata of women have held extensive protests. They believe the leading cause of all their problems is the ruling regime.

In step with the nationwide strike of oil workers, Social Security pensioners, and young teachers have been holding protests in various cities.

Sunday night, July 4, 2021, following power outages in some districts of Tehran, people took to the streets, including in Baharestan and Tehran Pars, and chanted “death to Khamenei” and “death to the dictator.”

In Tehran and across the country, power outages, top water shortages, and the Coronavirus pandemic frustrated the people.

Widespread power outages in most cities

In addition to Tehran, other cities, including Gonbad Kavous, Mamasani, Kordkuy, Shiraz, Mashhad, Ilam, and Bushehr, have reported power outages. In most cities, people have held protests. Based on reports circulating in social media, internet lines have become very weak and limited people’s access to the internet.

As many Iranian cities are struggling with the fifth peak of the pandemic, widespread power outages coupled with water cut-offs in summer heat have fed up people. Women and children are more vulnerable than at any other time.

These issues have provoked widespread protests throughout the country.

In an article on July 4, 2021, the French Le Monde newspaper wrote about new circumstances in Iranian society. Noting the volatile state of society, Le Monde wrote: “Fear has been lessening and being replaced by anger.”

Social Security pensioners and retirees held protests in Shush, Isfahan, and Khorramabad on July 4. Women played an active role in these protests.

The angry retirees held their protests outside the Social Security Department in every city. They chanted: “We heard too much rhetoric, but did not see any justice” and “We can gain our rights only by coming to the streets.”

Young teachers known as “Green-Record” teachers marked the 7th day of their sit-in outside the Education Ministry in Tehran. The Green-Record teachers, primarily women, have declared that they will not stop their round-the-clock sit-in until they reach their demands. Many of these women participate in this sit-in with their small children.

On Sunday, July 4, the janitors, and caretakers of schools protested outside the Education Ministry building in Tehran.

Also, on Saturday, July 3, many porters held a symbolic act of protest by gathering in the Tah-Tah heights of Human. They protest and condemn the direct shooting and killing of many toiling porters by government forces. Women held placards that read “No to the killing of porters.”

Employees of the Medical Center of Qom hired by contractor companies held a protest in front of the Ministry of Health in Tehran. They want their wages balanced and raised.

On Monday, July 5, a group of people suffering from disabilities held a protest outside the Budget and Planning Organization and demanded access to their rights.

Farmers and the people of Isfahan

A large group of farmers accompanied by some of the residents of Isfahan held an extensive protest outside the Water Company against blocking of Zayandeh rood and usurpation of their share of water.

They say the regime has deflected the source of the Zayanderoud river from Charmahal and Bakhtiari Province towards the heavy industries in Isfahan and Yazd, which belong to the Revolutionary Guard Corps (IRGC) and the government.