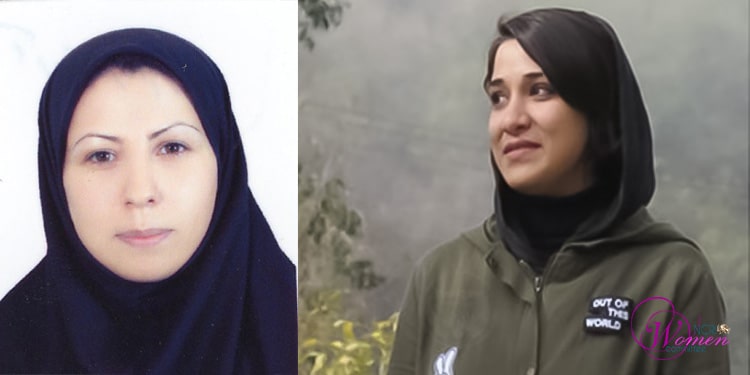 From left, Arezoo Rahimkhani, professor of Andimeshk University; and Nahid Kamangar on the right

Women arbitrarily detained by the Ministry of Intelligence and the IRGC

In recent days, young women in Kurdistan and Khuzestan provinces have been arbitrarily detained by the Ministry of Intelligence and the IRGC.

Nahid Kamangar, a woman from Kamyaran in Kurdistan province, was arrested on July 5, 2021, after being summoned to the press office of the city’s intelligence service. Regime agents then transferred Ms. Kamangar to the women’s ward of the Sanandaj Correctional Center.

According to informed sources, Nahid Kamangar has been pressured by the Ministry of Intelligence to make a televised confession against her father.

Hossein Kamangar, the father of Nahid Kamangar, has been sentenced to 15 years in prison.

IRGC intelligence agents arrested Arezoo Rahimkhani, a professor at the Andimeshk branch of the Azad University, and his wife, Ramin Biranvand, at their home on June 29, 2021, and took them to an unknown location. The regime’s agents belonged to the Abolfazl al-Abbas security base in Khuzestan.

The security forces arrested Gina Hassani Moghaddam, 16, from Saqqez, and transferred her to the Sanandaj Intelligence Detention Center on June 18, 2021. They subsequently transferred her to the Correctional Center of Sanandaj. During this time, Gina Hassani Moghaddam had only one phone call with her family. She is also denied access to a lawyer and visits to her family.

Following the arbitrary detention of women, Dorsa Biazar, was arrested in a meeting room in Evin Prison on July 7, 2021, where she wanted to visit her husband, Sina Beheshti.  She was transferred to Ward 209. Evin’s Assistant Prosecutor returned Sina Beheshti to ward 8 before he arrives in the meeting room.

Ms. Dursa Biazar is the mother of a young child. Her huband, Sina Beheshti, imprisoned in Evin, announced that he would go on a hunger strike if his wife were not released.