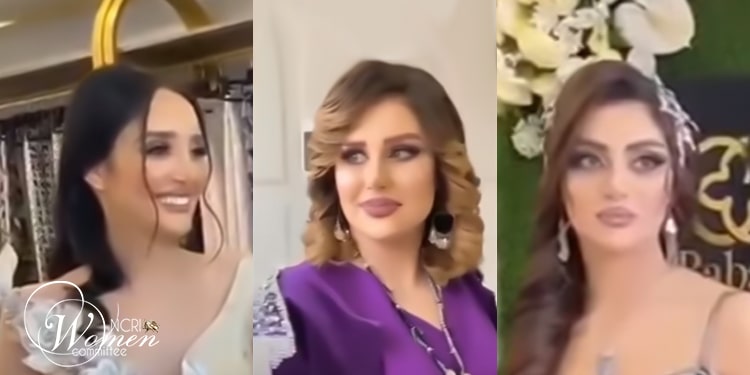 The Public and Revolutionary Prosecutor of Mahabad announced the arrest on July 12 of four female models who appeared in a drapery shop’s opening ceremony the week before.

On July 11, the Public Relations of the Department of Justice in West Azerbaijan had announced the arrest of the shop owner and the sealing of the shop until further notice.

The case is currently under investigation. The shop owner and the four female models are charged with failure to observe the moral norms, engaging in unconventional propaganda, and breaking religious norms.

Modeling has been banned in Iran since October 2016 when the State Security Force stepped up its clampdown on women and other people associated with the modeling business. Dozens of women were arrested and thousands of stores were sealed.

The compulsory veil is in fact the most visible manifestation of the mullahs’ fundamentalist and misogynous vision and laws. It is also the most detested icon of the regime widely challenged and defied by Iranian women, their main victims who have borne the brunt of

repression throughout these years.

In opposing the compulsory veil, Iranian women seek something beyond their desire to freely choose what they wear. The demand the overthrow of the entire clerical regime and its religious tyranny that intervenes even in the most minute details of their everyday life and tightens their breathing space in social atmosphere.

So, it must be stressed that the compulsory veil is only the tip of an iceberg of flagrant violations of women’s human rights in Iran in every respect.

Therefore, the issue of Hijab, an entirely personal choice for women in all times, has now become so central to the clerical rule, and women who fail to observe the Hijab are considered to pose a national security threat to the regime’s pillars.