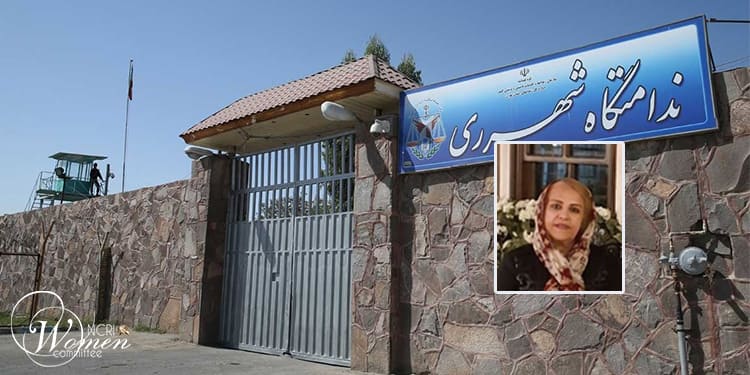 Evin Prison authorities moved political prisoner Mowlud Safaei affiliated to the Iranian opposition PMOI/MEK to Qarchak Prison among ordinary inmates. In violation of the principle of separation of crimes, this routine practice seeks to increase political prisoners’ pressure and expose them to murder by dangerous criminals.

The intelligence Ministry agents ransacked her house and confiscated some of her personal belongings, including her mobile cellphone.

The arrest of political prisoner Mowlud Safaei by intelligence agents took place during a wave of arrests of PMOI/MEK supporters in June.

In mid-July, Ms. Safaei’s family found out about her transfer to Qarchak after inquiring about her from Evin.

Mowlud Safaei was detained for three months in 2011 after participating in the funerals of PMOI political prisoners. The clerical regime executed Ali Saremi and Jafar Kazemi and denied cancer treatment to Mohsen Dokmechi, who suffered to death.

The clerical regime executed Mowlud Safaei’s husband, Naghi Saeedi, in 1984 and her father, a renowned Bazaar merchant in Tehran, in 1981, both for supporting the PMOI/MEK.

Criminals hired by the warden of Qarchak Prison have threatened Zahra Safaei at least three times. Hirelings also attempted to burn Parastoo Mo’ini and another PMOI political prisoner, Forough Taghipour, by boiling water. But other inmates helped them escape the assailants.