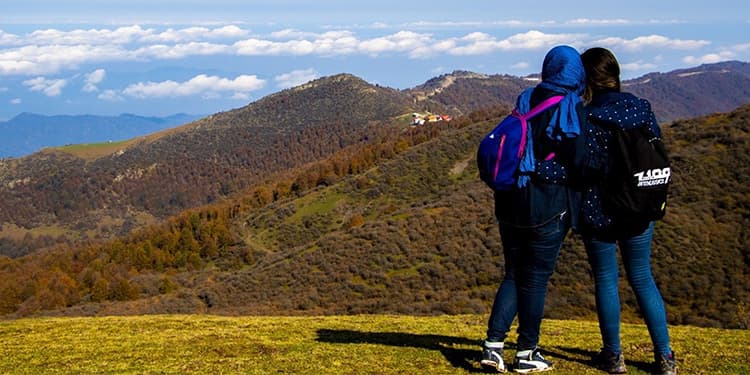 Iranian youth determined to build their future by regime change

It is the onus of every government to create opportunities and provide resources for the young generation, which is the future of any country. Unfortunately, there is no future for the Iranian youth due to the religious dictatorship and the misogynistic mullahs in Iran.

Some of the prominent features of the mullahs’ misogynist regime include destroying the scientific and educational opportunities for the youth, killing their artistic talents, and preventing their sports abilities from flourishing. Discriminations against young Iranian women and teenage girls are pervasive in all areas.

Sixty percent of Iran’s 84-million population is under 30 years old. The potential of a young population can be harnessed only if the government creates a conducive environment for young people to take action.

Iran has a remarkably young and educated society, but the mullahs’ repressive regime and a crumbling economy offer them little hope for the future.

Iranian university students must study in substandard and unsafe conditions. The budget set aside for the Education Ministry is hardly enough to cover the payment of teachers’ salaries, let alone provide facilities and accommodations for students.

In addition to the dilapidated educational facilities, worn-out university vehicles and road accidents take their toll on students every year.

An accident at Tehran’s Azad University of Science and Research on December 25, 2018 that led to the deaths of eight students, including four young women, was just an example out of hundreds of similar accidents every year.

Meanwhile, the number of students is declining every year due to growing poverty, lack of free education, and lack of government support for access to education.

The figures published by the Iranian state media show a downward trend in the number of college students, falling from 4,811,581 students in the 2014-2015 academic year to 3,616,114 in 2017-2018.  (See chart) That is an average of 398,000 fewer students per year despite new admissions. This cannot be explained by pervasive poverty in Iranian society, lack of free education, and absence of government support for college students. (The official IRNA news agency- December 30, 2018; the state-run Mehr news agency – October 23, 2017; the state-run Bazaarnews.ir – December 21, 2016)

Young people can play a decisive role in the economic change in any country. The National Statistics Center (NSC) of Iran has announced the unemployment rate of the young generation in Iran stands at 21.8%, which is almost twice the average unemployment rate in Iran.

Labor Minister Ali Rabii said in June 2015: “Some 40% of the unemployed in Iran are university graduates. With about four million students graduating from the country’s universities (every year), the number of unemployed graduates will increase in the future.”

Iran’s young population was about 26.5 million people in 2019. About 42% of the young population is studying, and the rest are probably employed, homemakers, or unemployed in search of work. (The state-run ISNA news agency – March 24, 2021)

The situation is more complex for young women who face many challenges, including a lack of access to education and employment opportunities.

Out of a population of 31 million women over 15, only 3.5 million are employed. The quarterly economic report by the National Statistics Center announced the labor force in Iran was 23,263,000 as of autumn 2020. (The Quarterly Report on Iran’s Economy in autumn 2020, published winter 2021) This figure shows the high unemployment rate among women.

The unemployment rate of educated women in most provinces is 3 to 4 times higher than educated men. (Massoumeh Ebtekar, director of the presidential directorate on women and family affairs, the state-run Etemadonline.com, October 21, 2019)

No government or private support for women’s sports

Women’s sports in Iran do not enjoy any government support. Young girls participate in sports at their own expense and with the support of their families and even win championships. But as far as the government is concerned, it does not give any help or even an award to female athletes. The Iranian regime bans Iranian women and girls even from watching their favorite sports and entering stadiums.

Female athletes and women’s sports teams are deprived of public or even private support. Female athletes and referees do not receive their salaries and bonuses. Their wages are less than their male counterparts. Women’s teams are often forced to withdraw from the game due to a lack of funds. And some sports champions must peddle on the streets because of poverty and lack of support.

The Iranian women’s soccer team was removed from the national women’s teams’ ranking in the International Football Federation (FIFA) in December 2020 due to a two-year hiatus. Officials of the Iranian federation took no action to return to the rankings. The Iranian women’s national futsal team, with a history of winning two consecutive championships in the Asian Cup, was banned from participating in the 2021 Asian Games.

Highly talented girls interested in surfing who can gain many honors in this field are deprived of the possibility to do so, and when they reach puberty, they have to forget about surfing.

Some members of the national chess team were forced to leave their homeland due to the lack of suitable and equal opportunities to continue this sport. Mitra Hejazipour, the star of women’s chess, and Ghazal Hakimifard, the great master of women in the world, are among the athletes who emigrated from Iran.

Women’s singing and musical performances have always been banned and subject to censorship, under the mullahs’ misogynist regime. In the first years of clerical rule in Iran, female singers were forced to stay home, as the regime banned women’s solo singing in public. The law is still in force. Women continue to be excluded from performing in public concerts.

Mahdis Ebrahimian, a teenager player of dotar, cannot play the strings because she is a woman. Her performances have been frequently canceled despite hours of rehearsals. She is not allowed to perform because she is a girl. (The state-run ILNA news agency, July 4, 2020)

Isfahan is a city where girls are taught music and has a music conservatory. But these girls cannot give a concert. Many of them enthusiastically participate in the exams for playing Iranian and international instruments; they obtain a bachelor’s degree in playing an instrument, but they are deprived of performing or working in the field in which they have spent their lives and younghood even to earn a living. (The state-run Iranhonar.com, November 2, 2019)

These restrictions for young women are not limited to the music scene. It also includes poetry and literature.

A young Kurdish poetess, Taraneh Mohammadi, was kidnapped by intelligence agents on January 11, 2021. After being insulted, humiliated, and harassed, she was told that they would cut her tongue if she continued her activities. Taraneh’s posts and poems were mostly about the human rights of Kurds, women’s rights, children, and violence against women, including forced marriages.

Arezou Monstafii, 17, was summoned to the Department of Intelligence of Marivan, in Iranian Kurdistan, and arrested on February 4, 2021.

She was battered and injured during investigations. Arezaou was released after three days on February 6, after signing a pledge. She bore bruises and scars on her face and arms.

Hopelessness and despair among young people who do not have jobs lead to various social harms. Young women and girls face more challenges and a more complex situation in these circumstances.

A young person needs happiness. But what the Iranian youth face in society is frustration, disappointment, and hopelessness. So, they tend to indulge in false happiness provided by drugs. The Revolutionary Guard Corps (IRGC) distributes narcotic drugs in abundance at a low price, cheaper than bread.

So, the age of addiction has dropped, sounding the alarm on the addiction of youths and adolescents.

Mohammad Reza Mahboubfar, an expert on social ailments, said: “The number of addicts in Iran has doubled compared to the year 2011. Considering that the population is 85 million, some 12 million Iranians are addicted. 4.5 million of them are permanent consumers… Addiction is the outcome of poverty and unemployment in the country which as a social ailment is the cause for many cases of divorce and disintegration of families.” (The state-run ROKNA news agency – April 29, 2020)

Farzaneh Sohrabi, a university lecturer, had this to say about the addiction of women: “Feminization of addiction is a warning on the increase in the number of female consumers of narcotic drugs and a drop in the age of addiction among women… 49 percent of women who consume narcotic drugs and hallucinogens are women under 35 years of age. They become completely dependent on the drug after two years of consumption while in men, the process of dependency takes 8 years.” (The state-run ISNA news agency – April 25, 2020)

Masoudi Farid, deputy for social affairs at the Welfare Organization, asserted that about 41,000 people die each year as a result of suicide. “Statistics should be taken from the Coroner’s Office, but I think the death rate due to suicide in our country is 41,000 people a year. The number of 41,000 people was registered in 2019 or 2020.” (The state-run Hamshahri newspaper – July 22, 2021)

Elsewhere in his interview, he added, “Usually, if you multiply the number of fatal suicides by 30, you get the annual number of suicide attempts.”

Earlier, forensic medicine officials spoke of a maximum of 4,000 suicides a year, saying that 7% of the annual suicide rate in Iran is related to adolescents.

The social structure in Iran is sick. The components do not work properly and are not in place. People do not work in their own specialty. Distrust of the ruling system in an environment where there is no future and no hope for the Iranian youth is itself a cause of suicide. Iran has the highest rate of women’s suicides in the Middle East.

Following the outbreak of the Covid-19 disaster throughout Iran, a significant number of adolescents committed suicide due to poverty, lack of education, and lack of mobile phones. Early and forced marriages of girls are also one of the main reasons for suicide among young girls.

However, the clerical regime’s systemic corruption and mismanagement have deprived Iranian youth of such opportunities and resulted in a massive brain drain.

On International Youth Day, once again, we emphasize that the Iranian regime does not have any strategy to address the demands of Iranian youth other than killing and arresting them and suppressing their legitimate demands.

Iran’s young generation is furious. They have decided to overthrow the mullahs’ dictatorial regime at whatever cost.