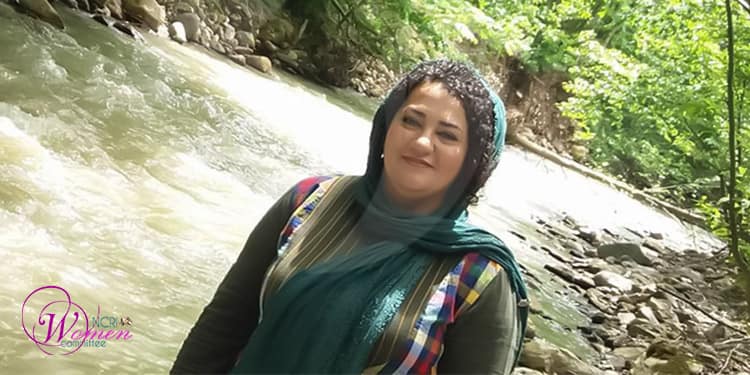 Political prisoner Atena Daemi had earlier gone on hunger strike in protest of the frequent cut-off of telephone lines in the Lakan Prison of Rasht. Now, she has sent a message out of prison, announcing that she has ended her hunger strike.

The message marking the end of Atena Daemi’s hunger strike was published on August 18, 2021. In this message, pointing to Ebrahim Raisi’s appointment as the regime’s head of state, Atena wrote: “The great murderers seek to punish murderers.” She also questioned the clerical regime’s judicial system and their theatrics regarding granting conditional leaves to prisoners. The full text of her message has been translated and appears below:

I have been imprisoned in exile in the misogynistic Prison of Rasht for five months. Compared to the men’s prison in this province, (the women’s prison) is full of discrimination. Just like other parts of Iran, only coercion, oppression, injustice, and repression reign in this place.

It is even mandatory to quit smoking here. Despite the compulsory religious ceremonies and classes, lying is mandatory, as well. For example, prisoners spend long hours weaving all-silk carpets worth 8 billion Tomans. The maximum wage they receive for doing so is one million Tomans a year. They also get to use the phone for 20 minutes, while the cables of the telephones are regularly stolen (and they cannot use them). However, in front of the cameras, the prison authorities tell them to say that they have enough income to support their families.

Here, as in other prisons, the prisoners are a showcase for the regime to disseminate its lies, without the prisoner enjoying even the slightest privilege, even the right to promptly follow up on her case.

This is the justice and human rights of the Islamic Republic. Instead of pathology and preventing the occurrence and recurrence of crime, they only seek to reproduce the crime and issue unjust and inhumane sentences, exploit and torture prisoners, and then take advantage of them, and even political prisoners, for propaganda in favor of their dictatorial regime.

I have already said, many times before, about the pains of prisoners convicted of ordinary crimes, but I was sentenced to re-imprisonment. This time, too, my intention from going on a hunger strike, despite repeated threats, was to draw people’s attention to the realities behind bars.

People who are so tormented by the bad news these days that they might be happy with the lies and propaganda of the Islamic Republic’s Goebbels media. However, the reality still only tells of pain.

There have been hollow talks about prisoners and granting them amnesty, leave, or conditional release for some time now. These talks coincide with the shifting of the posts and positions of the heads of the government and the simultaneous escalation of suppression and repression in society.

Of course, they know anything but lies. And although they are currently on trial in international courts for some of their crimes and killings in the 1980s, they still ridiculously claim to have defended human rights and justice. People see lawmakers themselves are the biggest violators of domestic and international law.

The corruptors and the first embezzlers are now claiming to be dealing with corruption. The great murderers seek to punish murderers. The drug mafia claims to fight (drug trafficking), and the spy breeders claim to deal with spies, and so forth.

The people of Iran see that humanity’s greatest enemies prostrate at the feet of human beings when needed.

Hamid Noury, a perpetrator of the 1988 massacre, tried for crimes against humanity