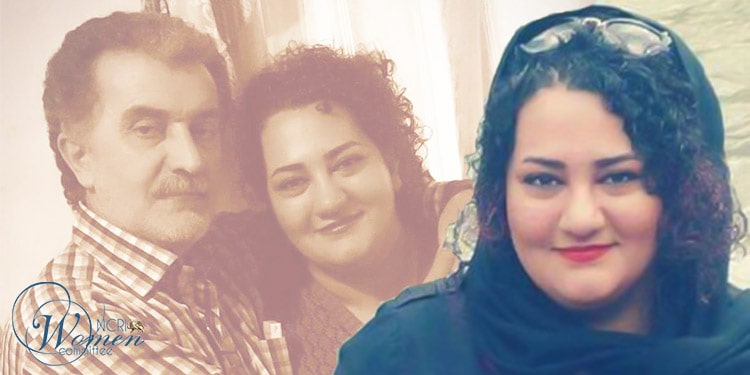 Atena Daemi and her father in the background

The authorities of the Lakan Prison of Rasht have confiscated the telephone card of political prisoner Atena Daemi. Therefore, she cannot call home to talk to her parents, who are sick with the Covid-19.

The warden of the Lakan Prison of Rasht was not at work for four weeks. He returned to work last week. Several prisoners, whose release had been delayed, were released, and the telephone lines were fixed.

However, since political prisoner Atena Daemi had published an audio recording of her voice on the abysmal conditions of this prison, Lakan prison authorities confiscated her telephone card.

Atena’s father, Hossein Daemi, tweeted a post, calling the measure “the worst oppression of prisoners’ families and us.”

Mr. Daemi pointed out that the authorities had also detained Atena’s lawyer, Mostafa Nili, and that there was no other way left to find out about their daughter’s conditions.

The Daemi family lives at least 400 km away from Rasht. They are sick and quarantined at home and are not able to travel to visit their daughter.