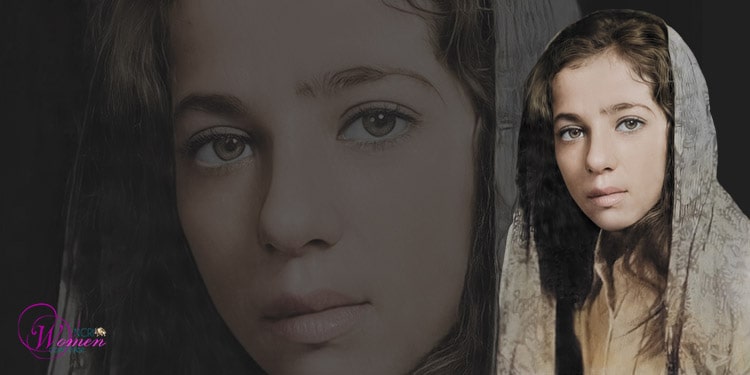 Nasrin Shojaii was a young girl from the large Shojaii family from the Bakhtiari Tribe, renowned for their struggles for freedom. The Shojaii family lost 12 members fighting for the freedom of the Iranian people.

Nasrin Shojaii was born into such a family and was 11 years old in 1981. She lived with her family in Isfahan.

After the clerical regime’s revolutionary guards opened fire on the peaceful demonstration of half a million people in Tehran on June 20, 1981, they attacked the family. They arrested Nasrin’s brother, Mehran Shojaii, who was only 15 at the time of the arrest. Mehran Shojaii and his young cousin Soukhtezar Shojaii were executed in October 1981.

Another one of her brothers, Massoud Shojaii, their uncle, Ashkbous Shojaii, and their cousins, Kian Shojaii, were also arrested and imprisoned in the early 1980s.

After June 20, Nasrin’s parents were forced into clandestine life under the pressures and harassment of the Intelligence Ministry. In 1983, they left the country to live in exile.

Nasrin Shojaii’s uncle accepted her guardianship since she was very young and a junior high school student.

In the spring of 1985, during a wave of arrests of the families of the Iranian opposition, People’s Mojahedin Organization of Iran (PMOI/MEK), Nasrin and her uncle, along with a number of their relatives, were arrested. Nasrin was only 14 years old.

Intelligence Ministry agents interrogated and tortured Nasrin for months to obtain information about her family. Nasrin, however, was tight-lipped. Nasrin was subsequently transferred to the general ward in Dastgerd Prison in Isfahan.

Nasrin Shojaii was in prison for two years and eventually freed in 1987 though she remained under parole.

In the spring of 1988, Nasrin was again arrested and some members of her family and transferred to solitary confinement. Nasrin was arrested on the charge of cooperating with her family, who was supporters of the PMOI.

Nasrin Shojaii was hanged in 1988, following Khomeini’s fatwa to execute all prisoners still supporting the PMOI and adhering to their cause.

Three other members of Nasrin’s family, Kourosh and Morad Shojaii, and her brother-in-law, Ali Taheri, were also executed in 1988.

Nasrin never surrendered to the henchmen and never gave in to the conditions they dictated to her.

An eyewitness recalled the night when Nasrin was put against the court known as the death commission. He said she only silently stared at Abdulahi, the judge in Isfahan.

Seventeen-year-old Nasrin was an example of the young girls executed in the 1988 massacre of political prisoners by Khomeini’s regime.

Nasrin sacrificed her life and youth for the freedom of Iran and said no to the death commission. The people of Iran will never forgive nor forget until all of those involved in the massacre and crime against humanity are tried and held accountable.