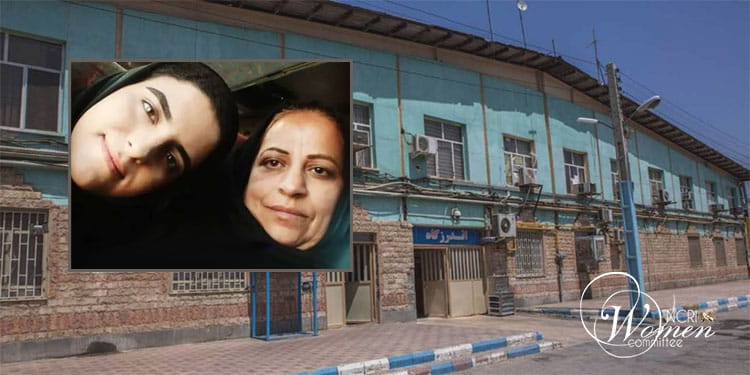 Qarchak Prison authorities acted with four days of delay after the doctor’s order, and 8 days after she suffered a heart attack

Emergency transfer of political prisoner Zahra Safaei to the hospital. No information is available on her.

Reports from Qarchak Prison indicate that political prisoner Zahra Safaei has suffered a heart attack. She was taken to hospital due to her deteriorating condition. No information is available on her, and her daughter, political prisoner Parastoo Mo’ini, is worried.

Zahra Safaei and her daughter, Parastoo, are serving their prison term in Qarchak Prison.

The emergency transfer of political prisoner Zahra Safaei was done four days after the doctor’s order and eight days after she suffered the attack.

On Tuesday, August 24, inmates took Zahra Safaei to the health center while she was in critical condition. But the clinic officials said there was no problem. They gave her some painkillers and sent her back to the ward.

On Friday, August 27, when a cardiologist happened to be in prison, he took an electrocardiogram from Zahra Safaei and diagnosed her with a heart attack. He said that she needed to be transferred to the hospital, immediately.

Nevertheless, it took four days for the authorities in Qarchak to send her to a civic hospital.