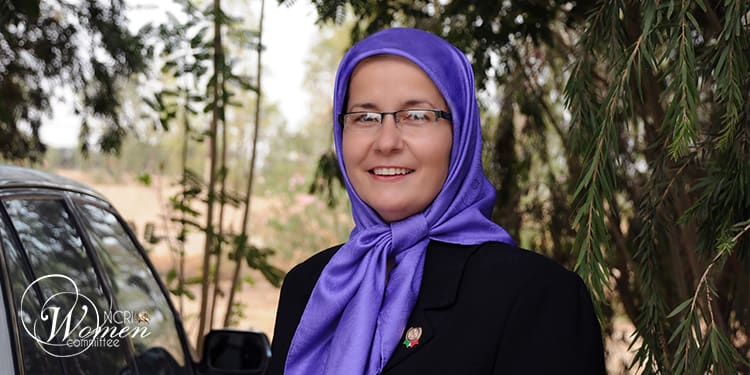 Mojgan Koakabi passed away in a hospital in Albania due to cancer on August 28, 2021, after 41 years of struggle against the mullahs’ religious dictatorship.

Born in 1966 in Tehran, she was a member of the Central Council of the Iranian opposition People’s Mojahedin Organization of Iran (PMOI/MEK) and one of the organization’s officials.

Mojgan Koakabi joined the PMOI/MEK in May 1981. On June 20, 1981, she and her high school friends were arrested for participating in a protest in Sari, the capital of Mazandaran province in northern Iran.

Her father endeavored very much and spent a lot of money to have her two-year sentence commuted to one year and one day, and finally obtain her freedom when she was only 15.

In her own words: “I was a high school student when I started my activities in support of the PMOI/MEK. Soon, I was arrested by Khomeini’s hirelings and imprisoned. I was just 14 at the time. They immediately took me under torture and flogged me. I experienced the worst ill-treatment while I was incarcerated. The enemy thought it could break us by imprisonment, but surrender is what does not exist in the lexicon of the PMOI. We made the regime kneel before us.”

The mistreatment of ordinary prisoners in the Prison of Sari’s Municipality provided even greater motivation to Mojgan to fight the regime.  After her release from jail, she made a full-fledged effort to join the PMOI/MEK, and she succeeded in doing so.

Years later, she explained in an interview: “After I came out of prison, I had no goals but to rejoin the organization at any cost and I managed to do so. I went to the border region, and to Iraq, and joined the National Liberation Army in 1986. I worked in various departments of the NLA.”

Then she joined the women’s fighter units and participated in the NLA’s three major operations in 1988, where she demonstrated great courage.

Maryam Rajavi’s participation in the leadership of the People’s Mojahedin had a significant impact on all PMOI women, including Mojgan Koakabi, about which she said: “Maryam taught us many things. Until then, I wondered what could be the maximum goal for a 20-year-old woman? But then, Maryam showed me an incredible world of new values. She taught me and all the men and women of my generation in the PMOI/MEK that nothing is impossible. She taught us that there is solution for every problem, and we should not get frustrated. I’m telling you this will all my heart and I have experienced it with my flesh and bone… It is not a hollow motto when we say, ‘we can, and we must.’ This is a cause and one can make it happen.”

Another magnificent chapter in Mojgan Koakabi’s life was the 14-year perseverance in Ashraf and Liberty camps in Iraq. She was resilient and steadfast in the face of all the pressures, the blockade, the ground, missile, and aerial attacks. She was a role model. One of her colleagues said about her: “Mojgan was very high spirited and excellent. She was always happy and energetic, and always present and ready to do anything. She always volunteered to go to the frontline and defend Ashraf. Whenever she did manage to go to the frontline, for example on July 28 and 29, 2009, and on April 8, 2011, she stood up bravely and everyone talked about her courage.”

Finally, she passed away after putting up a spirited two-year fight against cancer, where she demonstrated great courage and motivation. She remained committed to the cause of the Iranian people’s freedom to her last breath.

At least 3 million women toil as underground workers in Iran