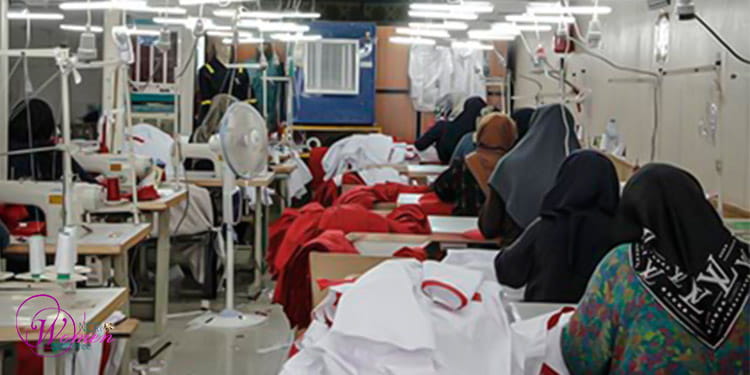 At least 3 million women toil as underground workers in Iran

Female workers have always been one of the least seen sectors of Iranian society. There are about 10 million underground workers in Iran.

No government agency oversees underground workers. They all receive salaries that are less than the minimum wage set based on the regime’s labor law. Their wages vary between 700,000 or 800,000 Tomans ($25-$29). (The state-run ISNA news agency – January 2, 2021)

A member of the Supreme Labor Center board of directors announced that a 2021 census sets the number of underground workers at 6 million. According to the National Statistics Center (NSC), at least 3 million women in Iran are underground workers. The unemployment rate for women has been nine times higher than for men over the past year. (The state-run ROKNA news agency – August 1, 2021)

Women’s jobs during the pandemic have suffered nine times more than men’s, particularly in light of the dire economic conditions in Iran.

Unemployment of women heads of households

Unemployment is a significant problem under the clerical regime in Iran and has many social consequences, especially for women. Indeed, the female unemployment rate is much higher than the figures officially provided.

The lion’s share of female underground workers who lost their jobs during the pandemic were women heads of households.

A woman head of household who loses her job has to turn to low-level jobs and work as a peddler or a porter to support her family. However, the income from these jobs does not meet her living expenses and rent due to triple-digit inflation and rising rents. So, her living problems get multiplied and complicated.

According to official estimates, the gap between workers’ income and the living basket is 4,460,000 Tomans ($163). In reality, this gap is more than 7 million Tomans and has practically caused Iranian workers to be below the absolute poverty line.

Similarly, there is a large gap between the living expenses of women heads of households and their income. These women have no income. “Absolute poverty, like a tsunami, takes more people with it.” (The state-run Baharnews.com – August 20, 2021)

According to the Supreme Labor Council estimates, in March 2021, the average living cost for a family of 3.3 people in Iran was about 7,300,000 Tomans ($267). Five months into the [Persian] year and considering the soaring prices, a worker who has two children and receives the official minimum salary of 3,800,000 Tomans ($139) can never afford the basic living expenses of her family.

As mentioned, most women heads of households work as underground workers, and their salaries are way below the official minimum wage. Many women receive less than 2 million Tomans ($73) per month. In addition, since employers do not sign permanent contracts with these women, they have no insurance and no job security. In a word, these women do not enjoy sustainable jobs.

Meanwhile, as attested by the state media reports, the number of women heads of household increases day by day. Habibollah Massoudi Farid, a representative of the Welfare Organization, emphasized that this group grows by 120,000 families annually. (The state-run Mehr news agency – July 18, 2021)

What do Iran’s female workers want?

The mullahs’ regime in Iran has been looting the country’s wealth for four decades. They have stolen bread from the people’s tables and taken away their shelters. They have pushed people to live in slums and sleep on the roofs and in the streets. The clerical regime humiliates women and forces them into unsustainable jobs such as peddling in the streets and metro stations during the unemployment crisis. The regime robs workers of their labor and pushes them and other sectors five times below the poverty line.

During the dark years of the misogynist clerical regime, Iranian workers, and especially female workers, have felt with their flesh and bone that they will not gain anything but oppression, discrimination, and gross class differences. For this reason, they have stepped up their protests and strikes in recent months. Like all the oppressed people of Iran, the demand of Iran’s female workers and women heads of households is the overthrow of the clerical dictatorship and the establishment of freedom and popular sovereignty.