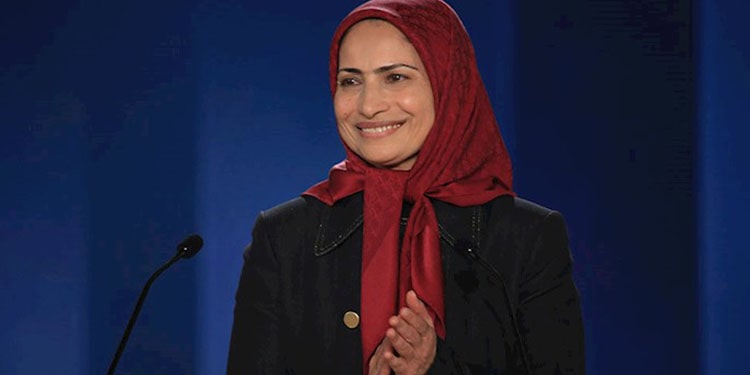 The People’s Mojahedin Organization of Iran (PMOI/MEK) re-elected Ms. Zahra Merrikhi as its Secretary-General for another two years.

The general vote was taken in the PMOI’s biennial session on September 5, 2021. The meeting was held simultaneously in Ashraf-3 in (Albania), Paris, Berlin, Stockholm, London, The Hague, and Zurich, marking the organization’s founding anniversary.

The Iranian opposition PMOI/MEK began its 57th year of existence on September 6, 2021.

The PMOI Central Council approved Zahra Merrikhi‘s re-election on September 3, 2021, and proposed its decision to the PMOI/MEK general meeting on September 5, where all members could vote.

In her remarks to the congress, Ms. Merrikhi congratulated the PMOI members on the 57th year of their organization. She read parts of a letter she had sent last month to the heads of the PMOI’s various departments, putting forward her candidates for the position of Secretary-General.

After several hours of discussion and deliberations about the proposed candidates, the PMOI/MEK session voted to re-elect Zahra Merrikhi as the Secretary-General for another two-year term.

Dozens of PMOI/MEK members and officials spoke about the qualifications and competence of the newly elected Secretary-General, co-Secretaries, Deputy Secretaries-General, and the PMOI/MEK’s advances in various fields and the readiness of different departments in the struggle to overthrow the ruling theocracy.

Born in 1959 in the city of Qa’emshahr in the northern Province of Mazandaran, Zahra Merrikhi became acquainted with the PMOI during the 1979 anti-Monarchic Revolution and joined the PMOI after the Shah’s overthrow. She was soon appointed head of the women’s section in Qa’emshahr and later became a member of the editorial board of the PMOI publication in Mazandaran, called Talavang.

In 1981, she was transferred to Tehran and acted as liaison between the PMOI and its branches in the forests of northern Iran. In 1984, she moved to PMOI bases on the Iran-Iraq border and later on to Paris.

Ms. Merrikhi oversaw the PMOI branches in Scandinavia and Germany for some time. In 1991, she became a PMOI’s Executive Committee member and was later appointed head of the PMOI’s radio, television, and publications.

In 1992, she became a member of the National Council of Resistance of Iran and was appointed chairwoman of the Public Communications Committee.

Ms. Merrikhi became the coordinator of the offices of Mrs. Rajavi in 2003 and the Vice-president of the PMOI’s Central Council in 2014.