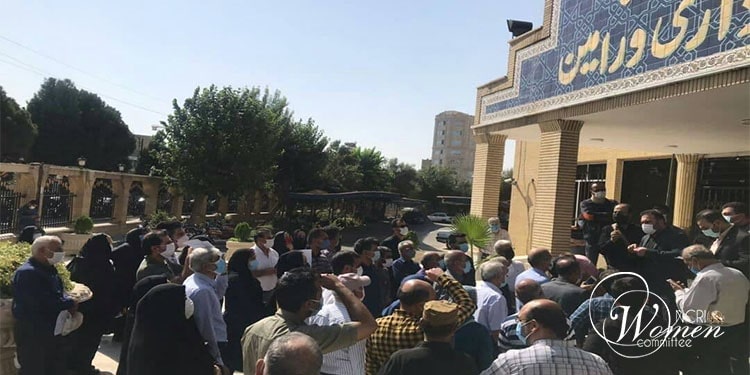 Young teachers, known as “teachers with green report cards,” held the third day of their protest on Monday, September 6, 2021, outside the Education Ministry building in Tehran.

The protesting teachers in Dezful have B.S., M.S., and Ph.D. degrees. They have spent their younghood to teach students left out of school, but the Education Department has not taken any action to employ them officially.

Another group of Literacy Movement teaching assistants held another protest in Tehran on Monday, September 6, 2021. It was the third day of their protest outside the mullahs’ parliament. Many protesters spent the previous night on the street to begin their rally early in the morning.

The educators of Varamin also held a protest on Monday, September 6, outside the city’s Municipality building. Their protest rally was over the city’s failure to give them land to build housing.

More than 25 years ago, the teachers and educators of Varamin received false promises of lands. Yet every time, they reduced the land area. Varamin’s city officials have benefited from doing so. The Housing Cooperative of Teachers also collaborated with the city officials to confiscate the educators’ lands.