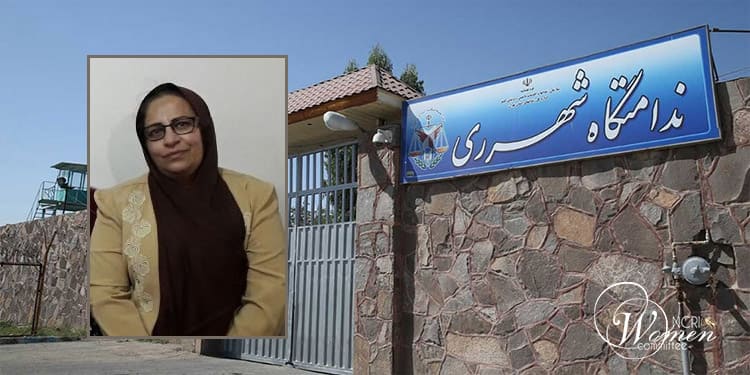 There are increasing concerns about Zahra Safaei’s condition due to her lack of information on her whereabouts after being hospitalized for her heart condition.

Zahra Safaei’s condition deteriorated from August 31 to September 4 while she was under oxygen. Her life is in danger.

Zahra Safaei’s daughter, in Qarchak Prison, and her other relatives do not have any information on her.

On the orders of the Intelligence Ministry, Soghra Khodadadi, the warden of Qarchak Prison, has kept Mrs. Safaei’s family in the dark to torture them psychologically.

Mrs. Safaei was transferred to the hospital on Tuesday, August 31, 2021. The emergency transfer of political prisoner Zahra Safaei was done four days after the doctor’s order and eight days after she suffered the attack.

In the hospital, her hands and feet were chained to the bed. Therefore, she refused to stay in the hospital and was sent back to prison without treatment.

On Tuesday, August 24, inmates took Zahra Safaei to the health center in critical condition. But the clinic officials said there was no problem. They gave her some painkillers and sent her back to the ward.

On Friday, August 27, when a cardiologist happened to be in prison, he took an electrocardiogram from Zahra Safaei and diagnosed her with a heart attack. He said that she needed to be transferred to the hospital immediately.

Nevertheless, it took four days for the authorities in Qarchak to send her to a hospital.