Education: Student of the School of Technology, Tehran University

Fazilat Allameh Haeri was born in Shahrud in 1959. She spent her high school years in Semnan. She was a genius in mathematics, and even though there were no mathematics schools for girls in the region, the department of education had given Fazilat a license to study in the boys’ school.

Fazilat Allameh Haeri obtained first place in the entire region when she graduated. In 1978, she received admission to Tehran University’s prestigious School of Technology to major in engineering.

Her father was among the clerics who signed the message sent by clerics to the Shah to protect Khomeini’s life.

After the Shah’s overthrow, Fazilat joined the Muslim Students’ Society at the School of Technology in 1979. She became a supporter of the People’s Mojahedin Organization of Iran (PMOI) in the students’ division and continued her activities in the southern slums of Tehran.

One of her comrades wrote about the time Fazilat spent in the southern slums: “I was Fazilat’s teammate during the years of political activity. She was an exceptionally vibrant and creative person who loved her organization and her people. She always thought about sudden changes and used remarkably high creativity and originality to solve them. Our team was relatively more successful than other teams because of Fazilat’s compassion, dedication, creativity, and tenacity. Her older sister was a member of the Tudeh Party of Iran, her mother was sick, and her brother and father had passed away when she was a child. However, Fazilat never gave in to these problems and her family relied on her.”

After June 20, 1981, and the start of the nationwide resistance against the clerical dictatorship, Fazilat joined the special military teams. She was then arrested and imprisoned. Two of her uncles were members of the regime’s Revolutionary Guard Corps (IRGC), and it is possible that they exposed her.

In a prison memoir, one of Fazilat’s cellmates wrote, “Fazilat was in ward 209, where PMOI supporters were organized and had connections to outside prison. After a while, their organized system was compromised, and all the members were taken under interrogation and torture once again. They [the guards] held the members in solitary confinement and in the basement of Ward 209 for 2 to 3 years. Up until 1986, many thought that they [the prisoners] had been executed. In 1986, they were brought back into the general ward, and I saw Fazilat again.

“She explained how all those years, they were waiting to be executed at any moment. Every night, after interrogations were done for the evening, they were taken back to the cells and before they could settle back in, the interrogators would come and tell them to come out again and force them to walk on their knees and make crow sounds! Or walk on their hands and feet and make dog sounds! Some nights they [the guards] would call the prisoners for execution, giving them a constant sense of foreboding and anxiety. Sometimes they would wake up from the smallest sounds and shiver.

“However, despite going through such a horrifically difficult period, Fazilat never lost her remarkable spirit. She would teach her cellmates exercises, and at night, when we would gather together, she would often sing.”

Fazilat Allameh Haeri was one of the resistant prisoners until the end. She was constantly under torture during her 7 years in prison. In 1981, she underwent surgery twice. The flesh of her soles had shed, and they [surgeons] had to transplant flesh from her thighs to her feet. In 1983, she was sent to solitary confinement for 2 years because of her activities in prison. Her torture and interrogations never stopped, and eventually, because of her resistance and perseverance, she was hanged in the 1988 massacre of political prisoners in Iran.

And this is how Fazilat’s great name and bravery were recorded in the history of resistant heroines of Iran, who fought against the tyranny and despotism of the mullahs’ supreme leader.

Young teachers and pensioners hold protests in Tehran and other cities 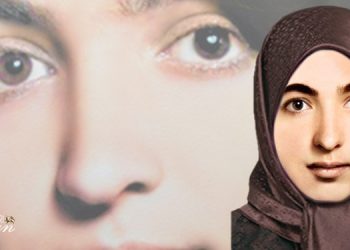 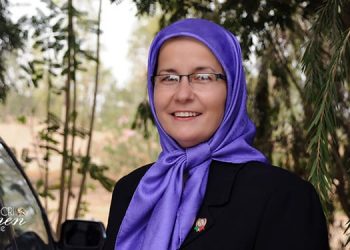