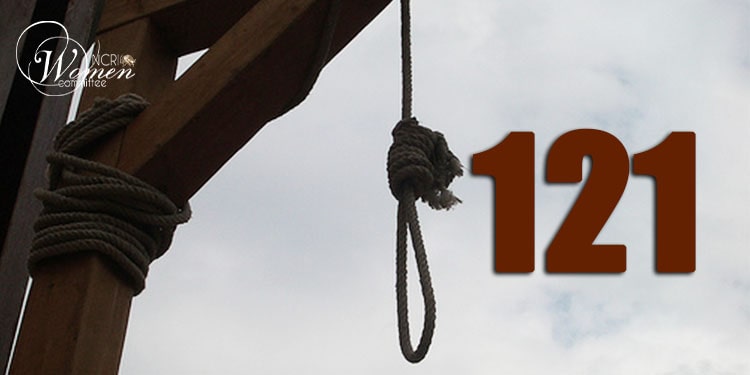 Three women hanged in Iran, bringing the total number to 121 since 2013.

Three women were hanged in Gohardasht Prison, bringing the number of women executed in Iran since 2013 to 121, amounting to an average of 15 women executed every year.

According to reports from Iran, seven prisoners, including three women, were hanged in Gohardasht Prison on Wednesday, September 8, 2021.

Gohardasht Prison is also known as Rajaei-Shahr Prison and is in Karaj, situated 20 kilometers west of Tehran.

It is unclear why the three women were executed and from which prison they had been transferred to Gohardasht for execution. They were most probably convicted of murder.

The report from Iran says that the three women were hanged a few hours after the four men, one of whom has been identified as Abdul Rahim Khani, a drug-related convict.

No official source in Iran has announced these executions yet.

Some 230 executions have been carried out in Iran since January 2021.

The actual number of executions and particularly the number of women executed, is much higher. The clerical regime carries out most executions in secret and out of the public eye. No witnesses are present at the time of execution but those who carry them out.