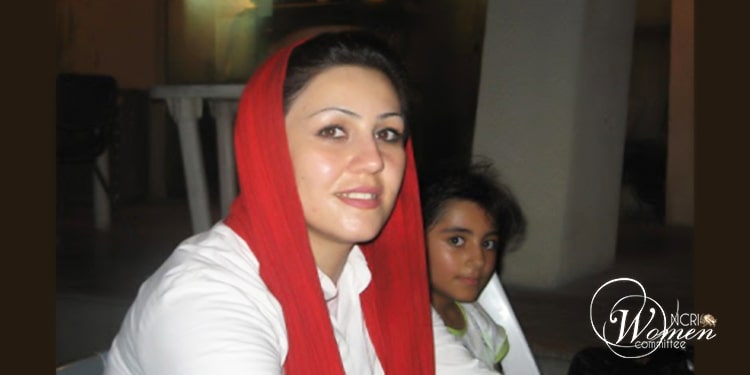 Maryam Akbari Monfared and her youngest daughter, Sara, more than 12 years ago

Maryam Akbari Monfared, a political prisoner in exile, is serving her 12th year of imprisonment without a single day of leave in the Prison of Semnan. Maryam Akbari’s lawyer, Hossein Taj, noting the prolonged detention of his client, said she is deprived of the minimum facilities provided by the law.

Mr. Taj also announced that he had filed a new appeal for the case of this political prisoner. He said the judicial authorities had disregarded his previous appeal since it was based on the old version of the law. Now that the law has changed, he must file another appeal, requesting that his client enjoy the minimum facilities provided by the law. Hossein Taj added that his client should have been released by now based on the new law.

In the wake of her transfer from Evin Prison to the Prison of Semnan, Maryam Akbari faces more restrictions on her family visits.

Her conditions in the Prison of Semnan are not suitable. Mrs. Akbari and her family face more restrictions compared to the past without any legal justifications.

Maryam Akbari’s lawyer said, “The approach of the Prosecutor’s Office to the case of Ms. Akbari Monfared is very harsh. She has not had even a single day of leave since her imprisonment in 2009. We have repeatedly requested that she receives a furlough, but every time they have rejected this request. Since the Prosecutor believes that granting leave to this prisoner is a privilege, not a right, he does not feel obliged to explain why he turns down this request. The requests for conditional release have also met with the same procedure and outcome.”

Maryam Akbari Monfared has three daughters. She was arrested on December 31, 2009, after the tremendous uprising on December 27 that year which shook the pillars of the regime. In June 2010, the Revolutionary Court of Tehran handed down a 15-year prison sentence for Moharebeh on the alleged charge of “membership in the People’s Mojahedin Organization of Iran,” a charge which Mrs. Akbari has never accepted. She has been in prison without a single day of leave since the day she was detained. She suffers from Thyroid malfunction and joint rheumatism.