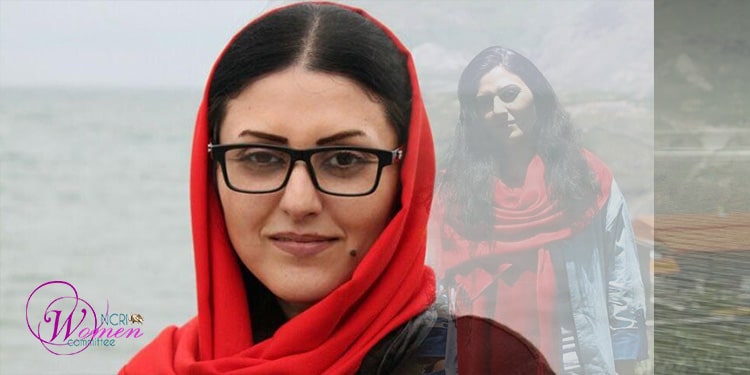 Eight months have passed since Golrokh Ebrahimi Iraee was sent to exile in the Prison of Amol in the northern Iranian province of Mazandaran.

She is detained among ordinary prisoners and common criminals in violation of the separation of prisoners’ categories.

Golrokh sent a message from prison last July indicating that women are insulted and degraded by prison authorities. In the act of protest, she refused to make any phone calls or go for visitations. In her message, Mrs. Iraee said, “the detainees’ basic rights are offered to them as a privilege accompanied by insults and annoying tone.”

On June 18, 2019, the Revolutionary Court of Tehran examined a new case filed against Golrokh Ebrahimi Iraee and Atena Daemi for their protest while in detention for the executions of three Kurdish dissidents. The court sentenced them to 1.5 years imprisonment for “propaganda against the state” and to 2 years and one-month imprisonment for “insulting the leader (i.e., Ali Khamenei).”

Golrokh Ebrahimi Iraee was arrested by the Revolutionary Guards Corps (IRGC) Intelligence on September 6, 2014, and her husband and two other activists. She served three weeks in the IRGC Intelligence Ward 2A in Evin. She was subsequently released on September 27, 2014, on an 80-million toman bail for her activities on Facebook. Then, she was sentenced to 6 years imprisonment on charges of “insulting the sanctities” and “propaganda against the state.”