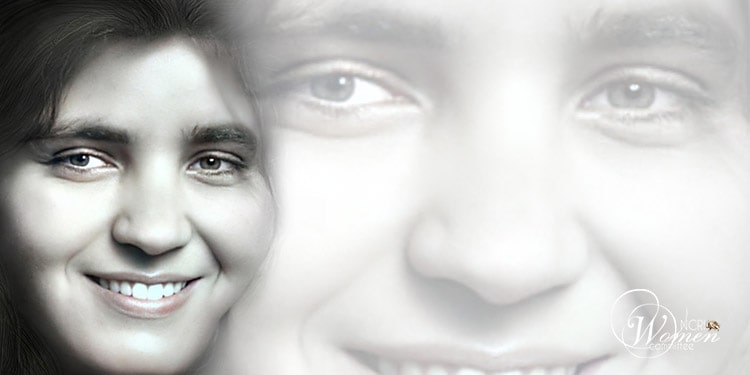 Azadeh Tabib was born in Tehran in 1965. She graduated with a diploma, and in 1984 at the age of 19, she was arrested and imprisoned for her political activities during Khomeini’s rule. After years of resisting brutal tortures in prison, she was executed in Evin Prison during the 1988 massacre of political prisoners in Iran.

One of Azadeh’s friends wrote, “When Azadeh Tabib was arrested in 1984, they took her to Ward 7 for interrogation, where she was severely tortured. Her entire body was battered. She had a kidney infection, as well as damage to her sight and loss of hearing. A piece of the whip used to lash her feet were stuck inside the flesh and caused an infection. Despite her conditions, the prison guards focused on Azadeh and would not let her seek medical care outside the prison. Her injuries were not treatable inside prison, where doctors had grafted flesh from her thighs to her feet.

“Despite all the pain and torture and her injured and bandaged body, Azadeh Tabib always had a smile on her face and encouraged everyone. At night, the sound of her coughing would wake us up. She had developed chronic diseases because of the terrible conditions in prison. She tried to not wake anyone, but when she went into a coughing fit, there was nothing anyone could do.”

Azadeh Tabib was selfless and emotional. She loved everyone and was everyone’s friend. She was warm, welcoming, and smiled whenever you saw her. Despite being under constant torture, and frequently sent to solitary confinement, she had learned several languages on her own. She was fluent in English, French, Spanish, Turkish, German, and Arabic.

The day they called her name for execution, she was busy learning one of the anthems from Ashraf Fadaii, another PMOI prisoner who was also executed later.

Azadeh Tabib decided to join the fight for the Iranian people’s freedom from pain and suffering. In this path, she endured the worst pain and suffering imaginable. She was eventually hanged during the 1988 massacre of 30,000 political prisoners.