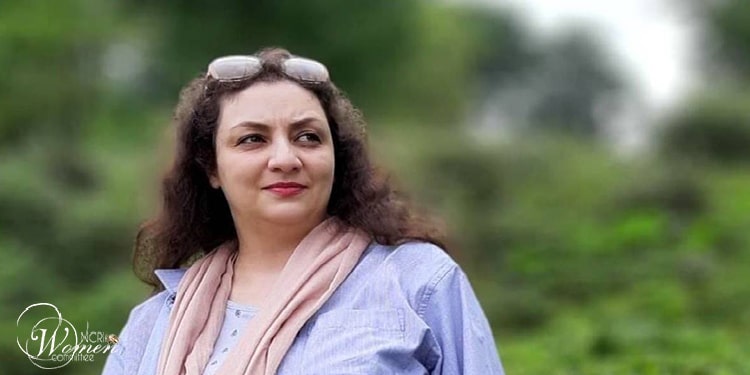 Kurdish political prisoner Mojgan Kavousi called her family and informed them that she was in a prison in Karaj.

Political prisoner Mojgan Kavousi is a writer and a cultural activist who was arrested during the protests in November 2019 because of publishing anti-government posts in her Instagram account. The Revision Court sentenced her to six years and 4 months in prison, 36 months of which could be implemented.

Mojgan Kavousi was serving her prison sentence in the women’s ward of Evin.

On October 6, 2021, prison authorities sent her to the detention center of the State Security Force of Karaj. She stayed there for three days under substandard and inhuman conditions. On October 9, the SSF of Karaj transferred her to the notorious Kachouii Prison.

On the same day, she called her family, informing them that she was in Kachouii Prison.

Earlier, on July 26, Branch 28 of the Mazandaran Court of Appeals issued an order to transfer political prisoner Mojgan Kavousi to one of the prisons in Alborz Province to serve the remainder of her sentence although her family lives in Tehran and in Noshahr.

Ms. Kavousi had contracted the Covid-19 in July and her health conditions deteriorated. Because of her illness, she requested to be transferred to the prison of Noshahr.

On July 13, 2021, Evin Prison authorities sent her to Noshahr prison without coordinating the transfer. Therefore, she was sent back to Evin after spending one night at the police station of Noshahr.

Mojgan Kavousi has been detained in the women’s ward of Evin Prison since May 19, 2020. She suffers from various illnesses, including GI problems, diabetes, and arrhythmic heartbeat. She has gone on hunger strike several times.

Health and food conditions in Kachouii prison is one of the worst in Iran. Inmates in this overcrowded prison are out of touch with the outside world.