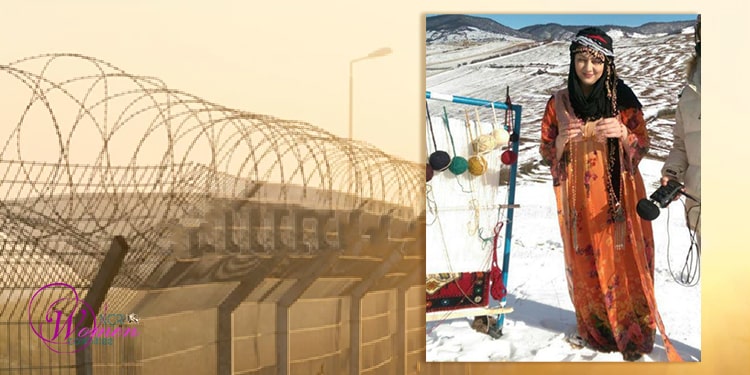 Kurdish political prisoner Mojgan Kavousi, in contact with her family, revealed the horrific conditions in a women’s detention center in Karaj. She also reported that she had been subjected to violence and humiliation by officials during multiple transfers to various prisons.

Ms. Kavousi also stated that she had been repeatedly forced to submit to a full body search by officials from Nowshahr Prison, the Shahreri Prison Inspectorate, the Tehran Ministry of Moral Security Police, the Karaj Intelligence, and the Kachuei Prison.

The political prisoner repeatedly protested against these acts of humiliation. “These behaviors are a clear example of psychological torture and a violation of one’s fundamental human privacy,” she said.

In her last call to her family, Kurdish political prisoner Mojgan Kavousi assured her family that she was “using her thoughts and beliefs to be stronger than all the pressure she has to endure.” “Resistance is life,” she said, “it is not a slogan, but a viable concept.”

Mojgan Kavousi was detained under the most inhumane conditions for 3 days, from October 6 to 9, in the women’s detention center of the Karaj Intelligence Office. This political prisoner was deported on October 6. She had been notified of the deportation decision 2 months earlier.

During the 3 days of detention, she spent her time in harsh conditions, including a bone-chillingly cold room and amid the screams of addicts who were being held alongside other detainees. She was deprived of essential medications for 72 hours. She likened the prison agents’ behavior to that of officers in Nazi concentration camps.

For 48 hours during these transfers, prison officials ignored Mojgan Kavousi’s repeated requests for water and food. During the entire transfer period, prison officials tied her legs together and made her wear a binding bracelet.

Mojgan Kavousi called this bind “medieval,” ” characterizing it as a “special binding for criminals.” One of the officers said the binding was custom-made in a forge. The binding was not related to the governor’s instructions and inflicted additional trauma on this political prisoner.

When reporting for their 6:00 am shift, officers banged, kicked, and slammed the iron door of the inspection room, making a horrific noise. The officers awakened the women prisoners for the morning roll call with barbaric shouts and all kinds of insults and other types of verbal humiliation. The officers also threatened to deprive the female inmates of breakfast, lunch, and dinner that day.

To protest this cruel behavior, Ms. Kavousi went on a hunger strike until the end of her detention in Karaj.

Mojgan Kavousi finally entered the women’s ward of Kachuei prison on Saturday, October 9, 2021. However, on October 13th, she was sent to the Security Court, which decided to return her to Evin Prison based on a court order from Branch 10 of the Karaj Enforcement of Judgments. She was never notified of the transfer.

The Branch One judge, who handed down criminal sentences, denied her entry into Evin Prison. Ms. Kavousi was returned to Kachuei Prison in Karaj that evening.

In addition to inflicting great psychological and physical damage on this political prisoner, the illegal transfers imposed great financial costs on on Ms. Kavousi. Given that the transfers were illegal, many of her personal hygiene and food items she had brought with her went unaccounted for during inspections in the new prison.

These were not the first abuses Mojgan Kavousi suffered: this Kurdish political prisoner had previously been mistreated on June 21, 2020, while being transferred from Nowshahr to Tehran.