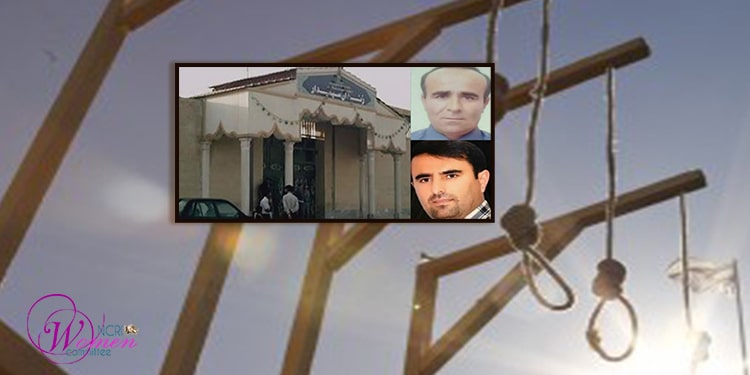 The grieving mother of the Mohammadi brothers suffered a heart attack after hearing about the simultaneous execution of both of her sons in Sepidar Prison in Ahvaz. The mother died after being transferred to medical centers.

On Tuesday, October 19, 2021, two brothers from Ramhormoz, Ali Mohammad Mohammadi, 45, and Islam Mohammadi, 38, were executed in Sepidar Prison in Ahvaz, Khuzestan Province. Prosecutor Ramhormoz was directly responsible for the execution of the two brothers.

Who is responsible for the heart attack of the grieving mother of the Mohammadi brothers?

Since Ebrahim Raisi took office, the number of executions has increased considerably.

In just one week, from October 11 to October 18, 2021, more than 16 prisoners were executed in Iranian prisons. Actual statistics are not available because of the ruling regime’s secrecy in carrying out executions. The number of executions is much higher than is known and is mainly unreported by state media.

In addition to implementing the death penalty to intimidate and repress dissidents, the regime puts the greatest pressure on prisoners’ families, especially their mothers. Many families of Iranian resistance martyrs who lost their children in the 80s and the 1988 massacre do not even know where their children are buried. Meanwhile, many of these parents have suffered strokes and lost their lives after hearing the news of their children’s execution.