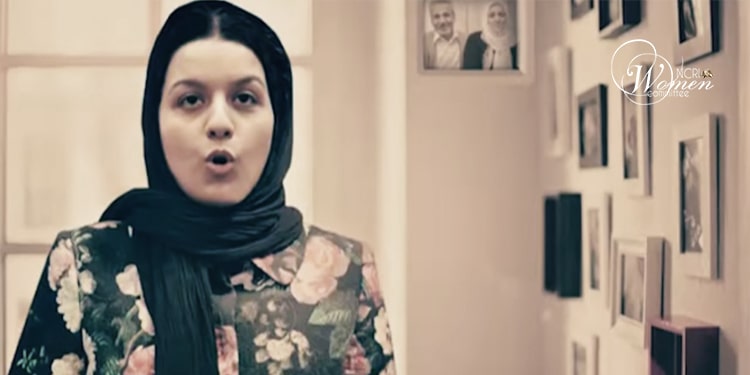 Reyhaneh Jabbari exemplifies the fate of innocent Iranian women at the hands of misogynous mullahs.

Reyhaneh Jabbari walked to the gallows at dawn on Saturday, October 25, 2014, after seven years of incarceration.

Since then, Reyhaneh stands as an example of Iran’s defenseless women who are handed the death penalty without deserving it. At the same time, she has become an icon for brave women who do not succumb to the Iranian regime and its demands.

Reyhaneh was viciously tortured to make false “confessions” which would whitewash the methods and image of the Ministry of Intelligence, but she did not give in. Instead, she wrote about the incident and about many women in the clerical regime’s jails whose only crime was being poor.

In her writings from prison, Reyhaneh portrayed the oppressive discrimination against women by the clerical regime and specifically the judiciary officials. In parts of one of her last writings, she said:

I admit that I no longer care to live this kind of life. It seems to me that life is not just breathing and passing the days and nights.

I have spent days and nights thinking about why that incident happened? Why did Sarbani become greedy about my life and body? How did that big, strong man fall down? The answer I got was that our motives pulled the two opposing ends of the rope of destiny. On one side was him, with his motivation of seeking pleasure and using force. On the other side was me, motivated by wanting to escape from his coercion. This was my discovery after I spoke with some women in jail. What a discovery that several judges were not able to make!!

I am Reyhaneh Jabbari, and I am 26. And I am still wondering that when humiliated and insulted girls are sexually exploited, and when they do not want to be slaves, who is there for them to take refuge with? Is there a government or ordinary citizen or any responsible person to give support to such girls?

I am Reyhaneh Jabbari, and I am 26. I carry a load of pains I have heard about on my shoulders. I feel responsible to speak out about what I have learned from the depths of our society and in the criminals’ center, the prison. Maybe I can take a step and do my little share in changing the destiny of these women. I would like to stress that no woman falls into the trap of prostitution unless she is raped.

I trusted Sarbandi’s fatherly and religious posture. He could have made such a destiny for me if I had not struck him in the shoulder. But the dry, lifeless, male-dominated law defends men.

I, Reyhaneh Jabbari, learned when I was 21 that the male-dominated court did not approve of my defending myself against Sarbandi. They did not put themselves in my shoes even for a moment and they held the trial without paying any attention to my words and without examining the reasons listed in my lawyers’ defense.

And every time, Judge Tardast assailed me with his face filled with humiliation. In one of the sessions, he brazenly told me that I should have let him rape me and then filed a complaint against him! All of his questions were humiliating as if I had been one of those women stuck in the cycle of prostitution.

And every time, Judge Tardast assailed me with his face filled with humiliation. In one of the sessions, he brazenly told me that I should have let him rape me and then filed a complaint against him! All of his questions were humiliating as if I had been one of those women stuck in the cycle of prostitution.

Reyhaneh Jabbari’s execution received widespread coverage in world news media outlets referring to the flagrant violation of human rights by the Iranian regime. Amnesty International condemned the execution of Reyhaneh Jabbari as “another bloody stain on Iran’s human rights record” and “an affront to justice.”