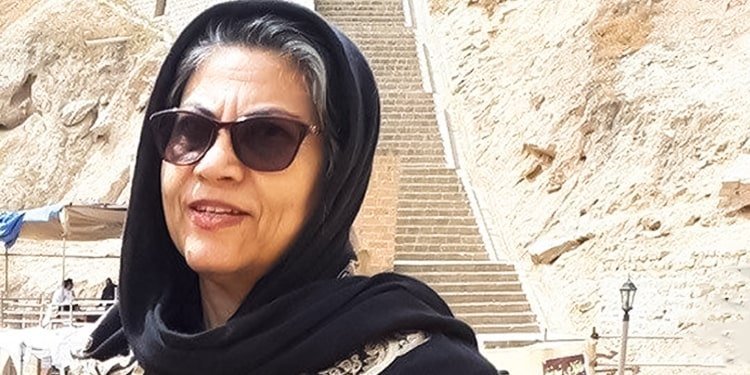 Political prisoner Nejat Anvar Hamidi is at imminent risk of blindness in Sepidar Prison in Ahvaz. She is presently in a severe physical condition and bleeding from both eyes.

An informed source said Nejat Anvar Hamidi, and her family repeatedly followed up to have an optometrist finally examine her in prison. The specialist doctor diagnosed her with pterygium. He also said that Ms. Anvar Hamidi’s eye pressure was high, and she needed to be examined, operated on, and treated at a civic hospital.

On the orders of the Ministry of Intelligence, prison authorities prevent Ms. Anvar Hamidi from receiving medical treatment even when there is an imminent risk of blindness for her. Her eyes are bleeding due to a lack of necessary care.

Nejat Anvar Hamidi had previously contracted the Covid-19 during her detention.

Nejat Anvar Hamidi, 63, is a supporter of the People’s Mojahedin Organization of Iran (PMOI). She was arrested for supporting the organization in March 2019 and transferred to Sepidar Prison. In addition to her eye condition, she suffers from chronic headaches since her time in prison in the 1980s.

Nejat Anvar Hamidi was arrested in 1981 for supporting the People’s Mojahedin Organization of Iran (PMOI/MEK) and held in the regime’s prisons for more than 2 years.

Political prisoner Nejat Anvar Hamidi was arrested again in 2017 and released on bail; however, the regime issued a warrant for her arrest, and she was re-arrested in March 2019. Her new sentence was for 5 years. She was then transferred to Sepidar Prison in Ahvaz to serve her sentence.

She was later informed that she and her husband, Akbar Mohammadi, were sentenced to another 15 years in prison for “membership in the PMOI/MEK” and “propaganda against the state” by the 4th Branch of the Justice Department of Ahvaz. This is while the charges are no different from the first case.

They appealed for the 15-year sentence and their case has been under review by the clerical regime’s Supreme Court for several months.