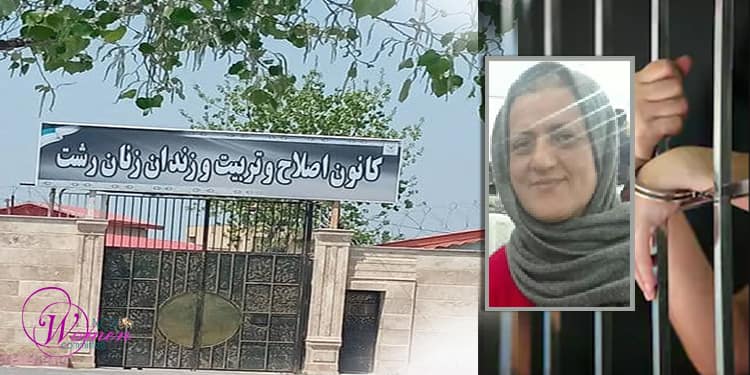 Political prisoner Mahin Akbari on hunger strike to protest the extension of her sentence for an additional year.

Political prisoner Mahin Akbari has gone on a hunger strike since October 18, 2021. She was among the supporters of the Mojahedin who were arrested and imprisoned in Rasht in September. Her sentence expired on October 7, yet the authorities have extended her sentence for another year because she refused to ask for pardon from the mullahs’ supreme leader.

Political prisoner Mahin Akbari is under pressure from the Ministry of Intelligence to ask for a pardon.

Mahin Akbari should have been released on October 7, when her sentence expired. Prison authorities, however, have deliberately kept her in prison. The prison’s warden has told Ms. Akbari, “You must ask for clemency if you want to be released, otherwise we will keep you in prison.”

However, political prisoner Mahin Akbari has rejected this treacherous demand. She declared that she was innocent and should be released unconditionally. She further insisted that she would not ask for an amnesty.

For this reason, she was sentenced to an additional year in prison on October 17.

Political prisoner Mahin Akbari went on a hunger strike on October 18, 2021, to protest the new ruling.

She has been on a hunger strike for eight days.

The political prisoner has also refused to have family visits. Ms. Akbari has announced that she will continue her hunger strike until she is released.

Mahin Akbari, 59, was a political prisoner in the 1980s. She was rearrested in a raid on her residence by agents of the Intelligence Department of Rasht in early February 2019. She was taken under interrogation and abused physically and mentally. Mahin Akbari was subsequently transferred to the women’s ward of the Lakan Prison of Rasht.

This summer, she was arrested among a group of supporters of the main Iranian opposition, the PMOI/MEK, in Rasht.