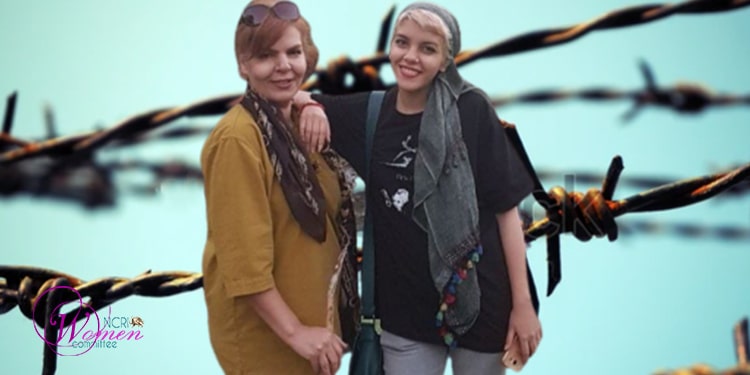 Yasaman Aryani and her mother, Monireh Arabshahi, are deprived of receiving prison leave. The two women’s rights activists are imprisoned for their opposition to the Iranian regime’s policy of mandatory Hijab.

Farzad Aryani, Yasaman’s father, posted an audio recording on the social media, in which he said, “Why the rights of prisoners, including my wife and daughter, are not observed?”

“My wife and daughter have not embezzled any money, nor have they committed murder,” added Farzad Aryani. “They spoke out in the best possible form by presenting flowers [to women on the International Women’s Day.] They must not be deprived of their right to have prison leave.”

In another part of his audio recording, Mr. Aryani said, “In the past two years and seven months, they granted only a few days of leave to my wife, Monireh Arabshahi, who needed to undergo surgery, and to my daughter, Yasaman Aryani, who needed to have dental surgery. But they were told that they do not deserve to have prison leave because they were activists.”

Monireh Arabshahi was granted a medical leave on a heavy bail of 500 million Tomans on May 3, 2021. She returned to Kachouii Prison on July 23, 2021, after undergoing a thyroid gland operation. Then, her health deteriorated in prison. On July 31, she was sent to hospital, but was returned to prison after one day without receiving medical treatment.

On August 4, she was sent on medical leave until October, when she was called to prison again without completing her treatment.

Efforts to obtain prison leave for Yasaman Aryani to attend to her sick mother, did not lead anywhere.