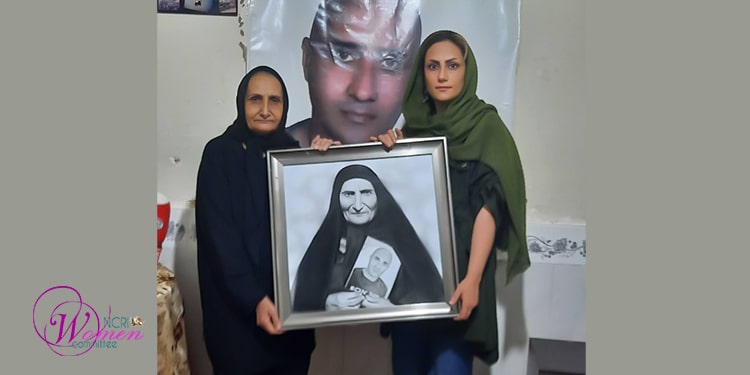 Gohar Eshghi and Sahar Beheshti are the mother and sister of Sattar Beheshti, a dissident webblogger killed under torture on November 4, 2012.

The Sattar Beheshti Foundation had invited Gohar Eshghi and her daughter, Sahar Beheshti, as well as the mothers of the victims of the November 2019 uprising, and a number of civil activists to commemorate their loved ones in a ceremony on November 4.

The foundation reported that security forces broke into Sahar Beheshti’s residence, inspected her house, and collected all her communication devices. They arrested all members of Sattar Beheshti’s family. Mrs. Eshghi suffered a heart attack during the raid and was briefly not able to breathe.

The security forces also beat up and arrested Mostafa Eslami, Sahar’s husband, who objected to the raid. There is no information available on the fate of this family.

Agents of the Cyber Police, FATA, arrested the 35-year-old worker and blogger, Sattar Beheshti, on October 30, 2012, at his home in the low-income district of Robat Karim in Tehran. They took him under torture and after four days, the agents informed his family of Sattar’s death. His mother and sister did not remain silent and started their call for justice since that day.

Mrs. Eshghi is the founder of the Sattar Beheshti Foundation. She published a video clip on October 31, explaining the arrest of her son. Addressing the mullahs’ leader, Ali Khamenei, she said, “You burned my heart. God will burn yours!”

Several civil activists attending a memorial for Sattar Beheshti by the side of his grave were arrested on November 3, 2021.