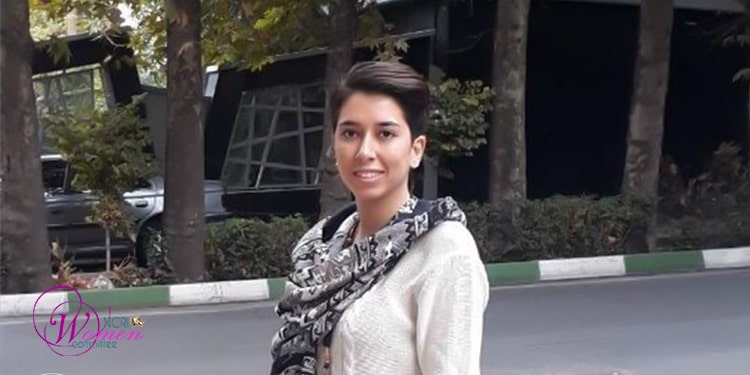 Saba returns to Qarchak Prison before completing her medical treatment

Saba returns to Qarchak Prison before completing her medical treatment.

Saba suffers in the stomach. Prison authorities rejected her request to extend her leave although she has completed her medical treatment.

Saba Kord Afshari had been sent on medical leave on October 23, 2021.

A source in Qarchak Prison said two ordinary prisoners had been relocated from Ward 6 after inmates’ protest.

The two inmates had harassed and threatened other prisoners. On September 5, one of them started standing outside ward 6, showing a razor blade to Saba Kord Afshari, the source added.

The source said it seemed that the dangerous criminal had been enticed by the prison authorities to do so.

Saba Kord Afshari complained to the prison authorities but was told that the inmate would eventually be returned to ward 6.

Sentenced to 24 years for opposing the mandatory veil

Saba Kord Afshari was violently moved from Ward 8 to Ward 6 on January 26, 2021, where she later contracted the Covid-19. The relocation of this political prisoner violates the principle of separation of crimes.

Saba Kord Afshari, 23, a spoken-out opponent of the mandatory Hijab, was arrested on June 1, 2019. The Revolutionary Court of Tehran handed down a 24-year sentence for Saba Kord Afshari on August 19, 2019.

After being re-arrested in June 2019, Saba Kord Afshari was taken to Qarchak Prison in Varamin. On July 2, she was taken to Ward 2A in Evin Prison. The ward falls under the purview of the Intelligence Department of the Revolutionary Guard Corps (IRGC). Saba was pressured to make false televised confessions against her will. She was subsequently returned to Qarchak and eventually transferred to the women’s ward of Evin on August 13, 2019.

The lives of political prisoners are in danger in Qarchak Prison. Not only their living and sanitary conditions are catastrophic, but they have no security because of being harassed and threatened by dangerous criminals hired by prison authorities and the Intelligence Ministry.