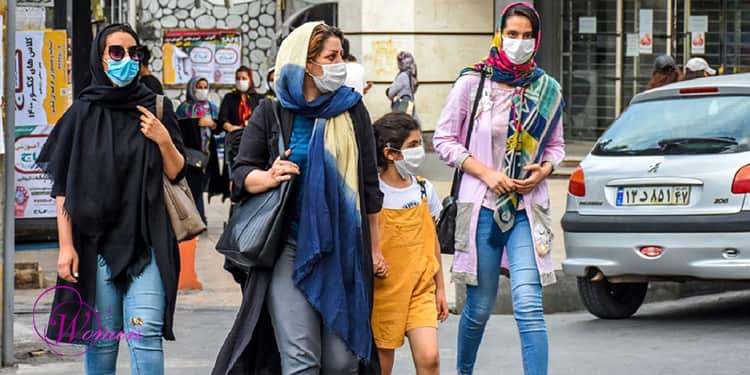 Depression among youth has increased in Iran. Severe economic problems, as well as social and class gaps, are among the causes of depression. These conditions have been exacerbated during the Coronavirus pandemic.

One of the leading causes of depression among youth in Iran is the realization that this generation has no future. Girls and women also face institutionalized, discriminatory laws and widespread repression in all areas, including work and employment, education, family, social activities, and dress code.

“In Iran, there are 4 million people are absolutely unemployed, the majority of whom are young people,” reflecting the dark future that Iranian youth face (The state-run ROKNA news agency – September 25, 2021).

Previously, Ebrahim Razzaghi, an economist, had reported that there were 30 million unemployed people in Iran (Tabnak State-Run Website – September 20, 2020).

“On average and on a daily basis, 15 of the girls who throw themselves off elevators, bridges, or rooftops are lose their lives. Most of the young girls who commit suicide are between the ages of 12 and 18. More girls commit suicide than boys do.

There has also been an increase in the number of girls fleeing their home over the past 2 years” (The state-run Jahan-e Sanat newspaper – October 4, 2021).

Tehran, one of the most unhappy cities in the world

The 2021 World Satisfaction Report, published on October 7, 2021, revealed another aspect of the mullahs’ record over the past 40 years.

“Among 186 cities in the world, Tehran, ranking 155, is among the world’s most unhappy cities,” according to the World Satisfaction Report. This number represents but an example of the current situation in Iran.

The report noted the health and social effects of COVID-19 and the success rate of countries in reducing mortality and maintaining the health and cohesion of their communities in 2021. According to the report, Mashhad was one of the most unhappy cities, ranking 156th after Tehran.

The lack of practical measures for widespread vaccination in Iran is among the main reasons for the increase in depression. According to the National Welfare Organization in Iran, depression and anxiety disorders have increased by 16% since the onset of the Coronavirus pandemic.

Mohammad Hatami, head of the Organization for Psychology and Counseling, recently announced that the Coronavirus had endangered the mental health of 50 percent of the society. He also stressed that the effects of the Coronavirus would continue in the long run as ”a crisis that has affected all aspects of humans’ social, cultural, psychological, and communicational life” (The official IRNA news agency – October 13, 2021).

After the Coronavirus outbreak in Iran, women’s psychological issues have reportedly increased by more than 60 percent (The state-run Mostaqel newspaper – October 19, 2021).

The Coronavirus pandemic is a global crisis. In Iran, however, the crisis is politicized, and the regime capitalized on the pandemic to fend off growing social dissent and protests. Thus, the Coronavirus has had more destructive effects on people’s lives, especially those of women, than anywhere else in the world has.

All the factors that fuel depression in Iran result from the regime’s destructive policies in all areas of society for the Iranian people, especially women.