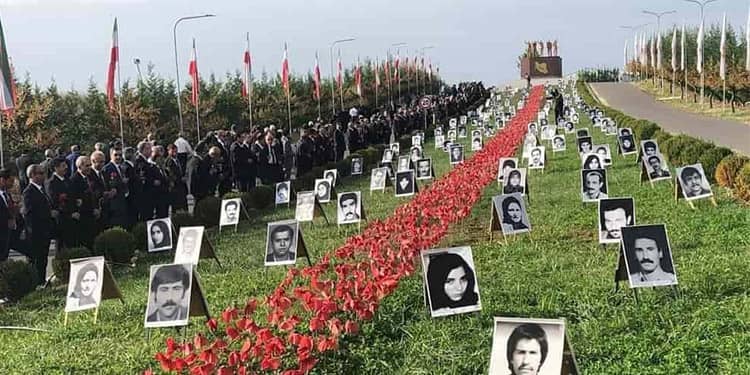 The only eyewitness of the 1988 executions paid homage to Mojahed women.

The third day of hearings by the trial delegation of Hamid Noury convened on Friday, November 12, 2021, at the Court of Durrës in Albania.

The court heard the shocking testimony of Asghar Mehdizadeh. He spent 13 years in Evin and Gohardasht prisons for supporting the People’s Mojahedin Organization of Iran (PMOI/MEK). The clerical regime’s judiciary released him in 1994.

Asghar Mehdizadeh is the only person who witnessed the hanging executions of 12 PMOI supporters in the execution hall during the 1988 massacre. His testimony is historic.

Asghar Mehdizadeh first met Hamid Noury in 1986 in Gohardasht Prison, presently known as Rajaiishahr. Hamid Noury was the secretary of the prison’s prosecutor, known as Nasserian.

Asghar Mehdizadeh was in the Death Corridor from August 4 to 8, 1988, where he saw 15 series of 10 to 15 prisoners were taken to the execution hall.

On August 8, 1988, the revolutionary guards took Asghar Mehdizadeh to a big room where the bags of executed prisoners had been piled up. He saw notes on these bags, reading, “Guys, we are leaving. Send our regards to the PMOI.” There were also several watches and beads lying on the bags.

Mr. Mehdizadeh continued, “Having seen such scenes, I was very upset. I was alone in that room, so I looked around. Then I heard some women speaking in the lower floor. I started knocking to convey my message by Morse. I wanted to tell them about the executions and the massacre. Suddenly, five or six guards walked in and took me to the bathroom and tortured me.”

After giving his testimony to the Swedish trial delegation, Asghar Mehdizadeh returned to Ashraf 3, where his comrades welcomed him. In very brief remarks to the crowd, he paid homage to the victims of the 1988 massacre, especially to Monireh Rajavi, Zahra Khosravi, Azar Soleimani, and Zari Dadsetan, who was 12 at the time of arrest and walked to the gallows during the massacre of the summer of 1988.

He also paid tribute to Forouzan Abdipour, one of the 30,000 heroes who fearlessly defended their cause and identity despite being threatened with execution.

Thousands of Mojahedin women were among the 30,000 political prisoners massacred in 1988.