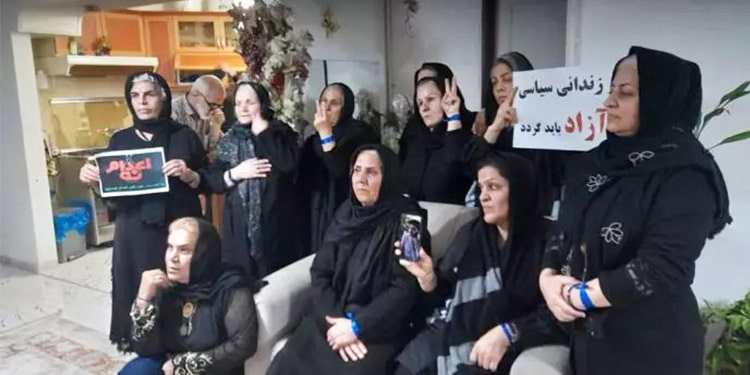 Mothers of protest victims call for accountability of regime officials

The mothers of protest victims during the November 2019 uprising declared that they would not give up on seeking justice for their slain children until the clerical regime is overthrown.

A group of mothers of the victims of the November 2019 uprising gathered on Wednesday, December 30, 2021, in the residence of the Zarezadeh family to commemorate the second anniversary of the killing of their son, Amir Hossein Zarezadeh.

The mothers of protest victims declared that they would continue to seek justice relentlessly, until victory and the overthrow of the clerical regime.

Amir Hossein Zarezadeh, 18, was on his way home when he was shot twice in the left arm and side on November 16, 2019. His body was infected, and he was hospitalized for 45 days. His left arm was amputated, and he was in tremendous pain. His mother says he was always thirsty.

More than 1,500 protesters were killed. The brave mothers of protest victims have been demanding justice for their loved ones and holding the regime accountable. They echo the Iranian people’s desire for regime change. The international community should support their efforts to hold the regime’s officials accountable and help end their systematic impunity.