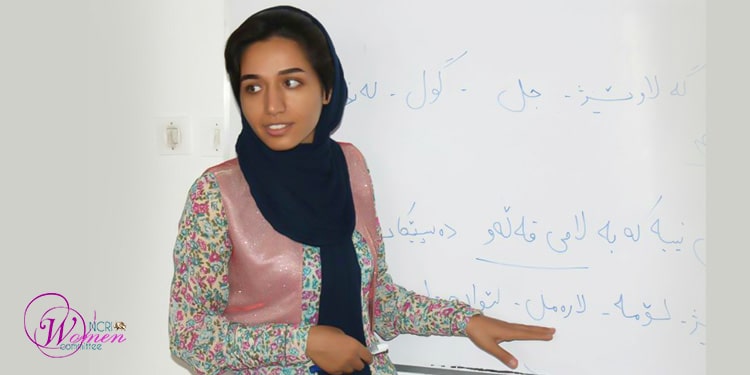 Zahra Mohammadi, a 30-year-old Kurdish language teacher, was transferred to the women’s ward of the Sanandaj Correctional Center on Saturday, January 8, 2022, to serve a five-year prison sentence.

In front of the prison, Zahra Mohammadi met a large crowd who had gone to bid her farewell. She expressed her gratitude and in her brief remarks said, “I did not expect that you come here to be in my company as I am going to prison. This is truly heartwarming and I assure you that during all the moments of my prison time, the enemy would regret tying hope to incarcerating me. I thank you again and I reiterate that the enemy would regret tying hope to my incarceration.”

Shadi Gilak, a civil activist living in Tehran, was sent to Evin Prison on Saturday, January 8, 2022, to serve a one-year sentence.

Shadi Gilak was tried by the Revolutionary Court of Tehran and sentenced to one year in prison on charges of “propaganda against the regime.”

Shadi Gilak’s husband, Arash Johari, also serves his sentence in Evin Prison. Arash Johari is a labor activist. The Revolutionary Court of Tehran sentenced him to 16 years in prison.