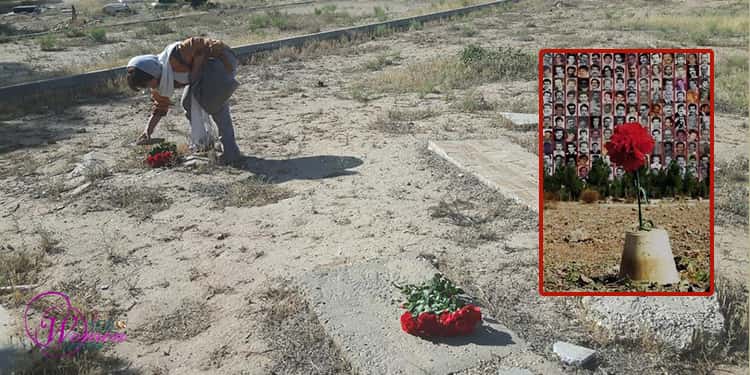 January 27 marks the liberation day of Auschwitz, one of the many extermination camps in Germany and Poland, symbolizes the Holocaust. More than 1 million human beings became the victims of the Third Reich’s horrific racism. And the Holocaust where more than 6 million European Jews were mass murdered inside crematoriums, symbolizes Nazi barbarism.

The liberation of Auschwitz is a good opportunity to highlight the worst crime against humanity since World War II, the massacre of at least 30,000 political prisoners in Iran’s medieval prisons under the ruling mullahs. Men and women were hanged for the “sin” of thinking or believing differently. They opposed the principle of the rule of a religious dictator who suppressed their people and their society.

The victims dreamed of freedom in their homeland. They were 30,000 passionate freedom fighters who were met with imprisonment, torture, and death by hanging in a genocide following Khomeini’s fatwa. This represents a dark and heartless chapter in the history of the Iranian people and the greatest crime since World War II.

The mullahs’ religious fascism had been long planning to conceal this horrific crime.

In committing this crime, the regime pretended to be acting under the law. They established the Death Commissions to allege that the prisoners had undergone trials. However, 30,000 defenseless prisoners were secretly killed without receiving any legal protection from the government or the Justice Ministry.

Mostafa Pour-Mohammadi, a member of the 1988 Death Commissions, had vigorously claimed on July 29, 2019, “We are proud to have carried out God’s orders regarding the Mojahedin-e Khalq (People’s Mojahedin Organization of Iran [PMOI/MEK]). Today, my conscience is clear.”

Mousavi Ardebili, head of Khomeini’s Judiciary in 1981-1989, had confessed on August 5, 1988, that “The Judiciary is under a lot of pressure as to why we even prosecute PMOI members or why we have imprisoned some of them?! We are asked why they are not all executed!”

This murderous cleric stated on August 6, 1988, “The Mojahedin-e Khalq should be executed to the very last person. There will be no more trials or handling the cases of convicts.”

Among those shot to death were 477 children and adolescents under 18, including an 11- and 12-year-old.

Women and girls being raped in Khomeini’s prisons is another aspect of the 1988 crimes.

Maliheh Aqvami, 26 years old, was executed. The butchers who killed her had sadistically offered her family a box of sweets as a wedding gift instead of her remains.

One mother who supports the PMOI wrote, “I saw the body of PMOI martyr Fatemeh Seyyedi in the mortuary. She had written on her feet: “There were 50 of us, and they raped us all before they executed us.”

On August 15, 1988, a member of the Death Commissions told Ayatollah Montazeri, “We were considerate of those under the age of 18, while most of the prisoners who were hanged were students. Meaning, they were not above 15, 16, or 17 years of age when arrested.”

This bloody massacre is 33 years old, yet the world still does not the know the exact scale of this crime. Those ruling in Iran continue to kill on an even larger scale with impunity.

The 1988 massacre: a distinctive crime in history

A distinguishing fact about the 1988 crime against humanity from other large-scale crimes is that its perpetrators continue to carry out their crimes after more than three decades.

Those who hold the highest positions in the regime’s government have still not been brought to justice.

Ebrahim Raisi, then deputy prosecutor and one of the main members of the 1988 Death Commissions, was appointed President of the mullahs’ regime by Khamenei. Raisi is a criminal in power to advance Khamenei’s vicious goals and should be held responsible for his crimes in the 1980s, particularly those committed in the blood-soaked summer of 1988.

In November 2019, popular protests over gasoline prices in Iran swept 200 cities and 29 provinces. Khamenei responded to the protests with heavy machine guns, helicopters, and tanks. He cut off all Internet access, creating the largest mass murder of popular demonstrations in the contemporary world. At Ali Khamenei’s behest, the repressive forces fired at protesters, aiming for their heads and hearts.

Shabnam Dayani was crushed under the wheels of a State Security vehicle. Halimeh Samiri was tortured to death, and her body was abandoned in the street. Hosna Bameri, a 3-year-old, was shot and killed while in her mother’s arms.

Mina Sheikhi was shot to death while standing outside on her home rooftop.

Golnar Samsami was shot and killed in the street by snipers.

Azar Mirzapour, a nurse and mother of four children, was killed on her way home.

Nikta Esfandani, 14, was shot in the throat by security forces on SattarKhan Street in Tehran.

Some 12,000 protesters were arrested and brutalized by the Iranian regime’s repressive forces.

Missiles fired at a Ukrainian airliner: a crime committed by the Islamic Revolutionary Guard Corps

The clerical regime’s latest crime was when the IRGC’s air defenses fired two missiles at a Ukrainian airliner.

The missile strike killed all 176 passengers and crew, including 81 women and 15 children. Of the victims, 28 women held advanced degrees. Most of them were graduates of Tehran University, Sharif University of Technology, and Iran University of Science and Technology.

As long as the Velayat-e Faqih is in power, the book of atrocities against humanity – all committed by the religious dictatorship – continues to grow. This regime’s nature is to kill, commit reprehensible crimes, and repress people as a means of surviving.

The trial of henchman Hamid Noury: a step towards litigation

In line with the Call-for-Justice campaign for the 1988 massacre, practical steps are being taken. A Swedish court tried Hamid Noury, a 60-year-old deputy prosecutor at Gohardasht prison, for his role in the 1988 mass execution.

The trial started in August 2021 in Stockholm. Noury is accused of being involved in the mass executions during 1988. He is also charged with crimes against humanity and war crimes from July 30 to August 16, 1988.

Noury was arrested upon his arrival in Sweden in November 2019, when he went to visit relatives. Noury now remains in temporary detention. Seven witnesses, in this case, are members of the Mojahedin-e Khalq Organization (PMOI). The PMOI is a pivotal organization within the National Council of Resistance of Iran – NCRI. Their members stand against the clerical regime from Ashraf-3, a city located near Dürres in Albania.

Though this trial is still underway, it is an important game-changer. The Iranian Resistance has been able to crush the conspiracies of the clerical regime and its mercenaries by becoming involved in the case and ensuring that the testimonies of plaintiffs and witnesses to the 1988 crimes are heard.

In a report dated December 1, 2021, Al-Seyassah wrote, “The 1988 massacre claimed lives of thousands of political prisoners, most of whom were members of the PMOI. The clerical regime in Iran is concerned about legal consequences. The regime had been unworried and confident about the case until the news that legal proceedings about the massacre had been brought forward.“

The regime’s fears are based on several factors: Hamid Noury, a former Iranian official, was arrested in Sweden and is on trial for playing a part in the mass killings. In addition, the court has moved to Albania to hear testimony from witnesses who survived the massacre. It appears that the legal landscape is changing, and regime officials should prepare themselves for prosecution.

What happened in Iranian prisons in the 1980s, especially in 1988, is a genocide and a crime against humanity. Ali Khamenei, the regime’s supreme leader; Ebrahim Raisi, the President; and Gholam-Hossein Mohseni Ejei, the current head of the Judiciary, are the top officials involved in these crimes. They must be brought to justice.

The Iranian people’s Resistance will continue its Call-for-Justice campaign until the masterminds and perpetrators of this great crime against humanity are brought to justice.

Shohreh Hosseini imprisoned in Evin with a three-year sentence