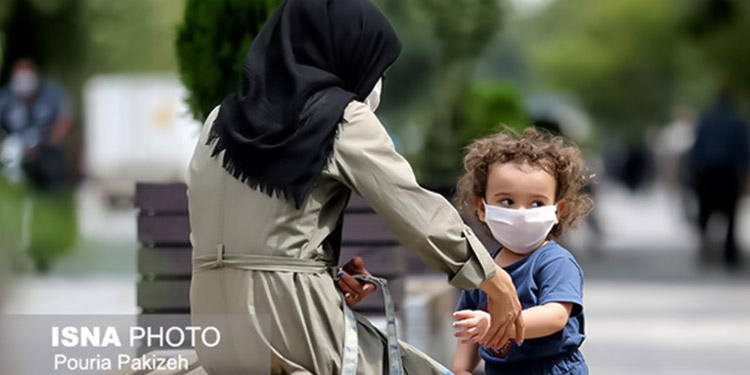 There are about 5 million women heads of household in Iran, as recently acknowledged by the clerical regime’s Speaker of the Parliament.

Official statistics, which only reflect a percentage of the reality, show that 52% of these 5 million women heads of household lack insurance and pensions. Of these women, 38% are among the three lowest groups in society. Approximately 1 million, or 19%, do not receive any kind of social support. Mohammad Bagher Ghalibaf, Speaker of the mullahs’ parliament, has acknowledged that the 5 million women heads of household live in a harsh economic situation (The state-run Asriran.com – January 25, 2022).

In addition, Ahmad Vahidi, Minister of the Interior in Raisi’s government, has cautioned that there is a significant risk of extensive social damage if the government does not pay attention to the women heads of household (The state-run ROKNA News Agency – January 25, 2022).

Absence of social support for 5 million women heads of household

One example of government “support” is food baskets of 100,000 Tomans to alleviate malnutrition among nursing mothers. However, given inflation and current prices, this meager allowance does little to improve the lives of women heads of household.

Another example is the tiny pensions that government agencies offer this vulnerable and oppressed group. The Committee for Relief and the Welfare Organization have a mandate to provide support yet is in no way accountable for the women’s living expenses (The state-run Salamatnews.com – February 1, 2022).

Of the 5 million women heads of household, those who are the primary caregivers face the most problems. This is because they must work outside the home and take care of their children.

The Relief Committee and the Welfare Organization do not provide free daycare. Pensions are so low that the amounts do not cover nursery tuition fees.

Of Iran’s 27-million-strong labor force, only 3 million are women. This discrimination in women’s employment adds pressure on women heads of household who must cover their families’ expenses.

Moreover, most women are employed in informal workshops, where salaries are below minimum wage, and there are no benefits such as health insurance or job security. As a result, most women heads of household are forced to take on menial jobs that barely qualify as paid work – peddling, porter-carrying, cleaning houses, among others – that do not pay enough for women to keep up with the cost of living. In addition, these low-level jobs are often physically demanding and result in injuries, premature aging, and burnout.

Under these catastrophic circumstances, the children of women heads of household are also forced to work to help the family survive. As a result, the number of child laborers is multiplying.

While the vast majority of Iranians, including those in dual-income families, live below the poverty line, women heads of household face even more significant economic problems given that they lack any social or governmental support.

Poverty is the main reason for child marriage and the increase in the number of women heads of household. Many women who live in villages or informal settlements (slums) lack financial security. With no university degree or marketable skills, they have difficulty finding suitable jobs and thus cannot provide for their families’ primary necessities.

The Coronavirus pandemic has also imposed additional restrictions on this sector.

Another effect of poverty that is most pronounced in border provinces, is the marriage of Iranian women and girls to non-Iranian men. In these marriages, women have no rights. Because the husbands are foreigners, the wives cannot even get birth certificates for their children. Moreover, when a foreign spouse dies or abandons his Iranian wife, she is left to manage all household expenses.

Lack of attention to women heads of household on the economic and social fronts causes irreparable damage. Women’s vulnerability to poverty does not simply change with social protection. Thus, the government must ensure women’s access to justice, land and production resources, and facilities. Equally important is the lifting of restrictions on women’s activities. These are critical elements in an effective development strategy.

To ensure that women heads of household have easy access to facilities, social support institutions should address the dangers and pressures women confront as part of their responsibilities. Empowering women heads of household would promote their economic, cultural, and social levels to ensure that this sector does not have to bear heavier responsibilities due to its multi-tasking role, including providing livelihoods. Empowering women, improving their quality of life, and enhancing their access to services can provide a baseline to reduce poverty and improve economic status.

But in Iran, the face of poverty has become female. The regime’s inaction, predatory nature, and misogyny have driven women heads of household to their current situation. And this situation will not change unless a democratic and independent system is implemented.